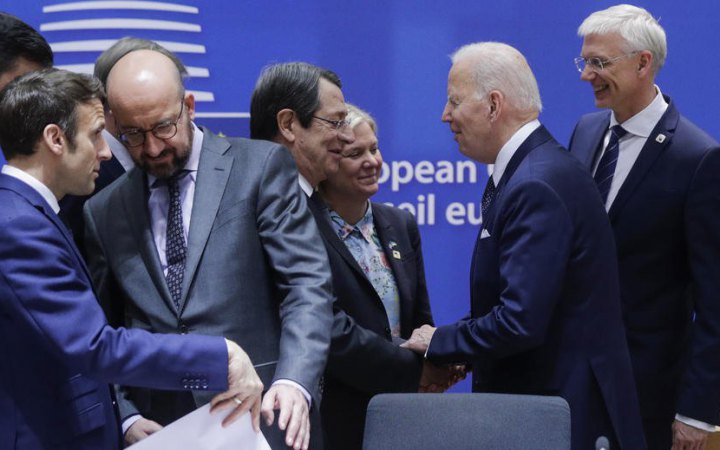 Before criticizing NATO's decision, we should note that currently we have no alternative to the Alliance. There is no security organization in the world that provides total protection guarantees and a nuclear umbrella. Therefore, any statements of Ukrainian politicians about the need to create a new alliance, a new alternative reality are perfidious. The only other option that definitely does not suit us is becoming a colony of russia and part of the CSTO.

However, this does not mean that Ukraine has no right and cannot criticize the Alliance, that Kyiv cannot demand anything from Brussels. It can, and it does. Just like we demanded the closure of Nord Stream 2, disconnecting Russia from SWIFT and many, many things that were able to be accomplished. It is a pity that NATO does not hear Ukraine well enough now and does not respond accordingly to its request. Why doesn’t it react? Because it is afraid of the beginning of a direct collision with Russia, which can definitely develop into World War III. If you translate it into plain language, you’ll understand that the West is still trying to detain russian troops in Ukraine for as long as possible in order to better prepare for meeting them in the future.

And almost no one, except Zelenskyy and our Polish partners, talks there that exactly the weak actions of the Alliance in Ukraine will lead to russia going further - to the whole of Europe.

For now, Kyiv and its immediate allies, for example, Poland, only receive excuses for most of their proposals. Zelenskyy asks to provide Ukraine with a percentage of all NATO tanks and aircrafts, and the Alliance cynically says that the Ukrainian army needs something else - the artillery. Why do they say that? Because they're still pretending it’s a defensive local war. 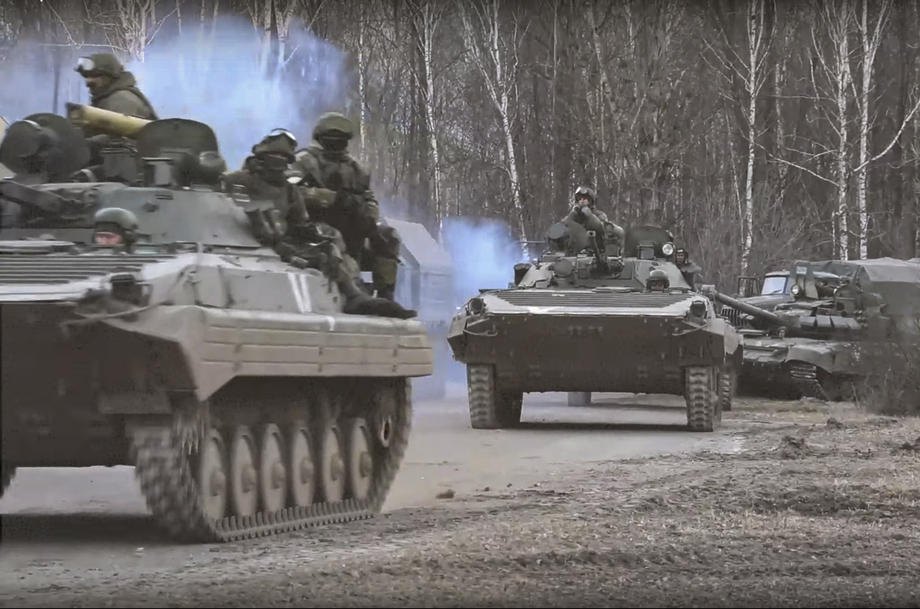 Kyiv and Warsaw call for NATO's peacekeeping mission to Ukraine, and the Alliance says that no Allied soldiers will cross the Ukrainian border, that Brussels will not start World War III (as if it has not begun). Zelenskyy asks to provide Ukraine with Soviet fighter jets, but this issue is blocked in Washington. Berlin even emphasized that it had exhausted the stockpiles of weapons that our state could receive.

The most surprising was the statement of British Prime Minister Boris Johnson, who noted that NATO members and G7 are desperate from "being unable to help Ukraine more given the difficulties we face." He added that nobody wants to close the sky over Ukraine now and no western democracy considers participating in the war on the territory of our country.

It's weird to hear that. If the West is in desperation because nothing can be done, then what should Ukraine and Ukrainians think, when a total war was declared against them? 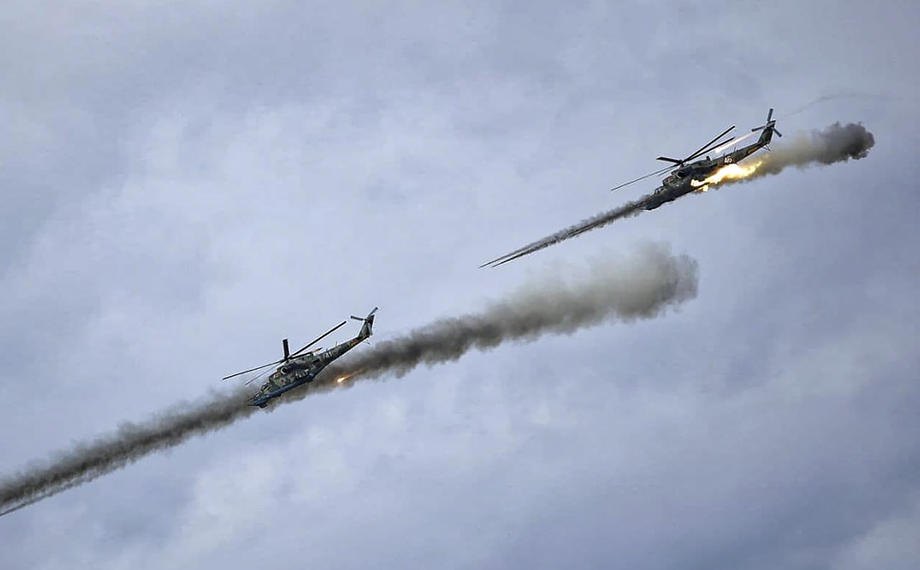 It is now obvious that NATO will not change soon and it will take a long time for the Western system of international order, which no longer exists, to transform into something else. That is why everything we hear from the leaders of the Western world is about strengthening of the Eastern flanks, about restructuring of energy supply chains, about another concern, but not about the urgent. So now there are two parallel realities - Ukrainian and Western. Parallel, as of now.

The world needs leaders of the new format, but NATO speaks of institutional memory, not wanting to change the leadership, a leadership that is afraid to respond to the shelling of the Yavoriv proving ground and the detonation of russian drones on the territory of two countries of the Alliance - Croatia and Romania.

The statements of the leaders of the EU countries did not comfort either. After the summit, the Prime Minister of the Netherlands, Rutte noted that the rapid joining of Ukraine to the European Union creates risks for the stability of the Western Balkans. He noted that giving Ukraine a privileged role to join the EU would cause serious disappointment among other countries that want to join the block and have already been in this process for a long time. 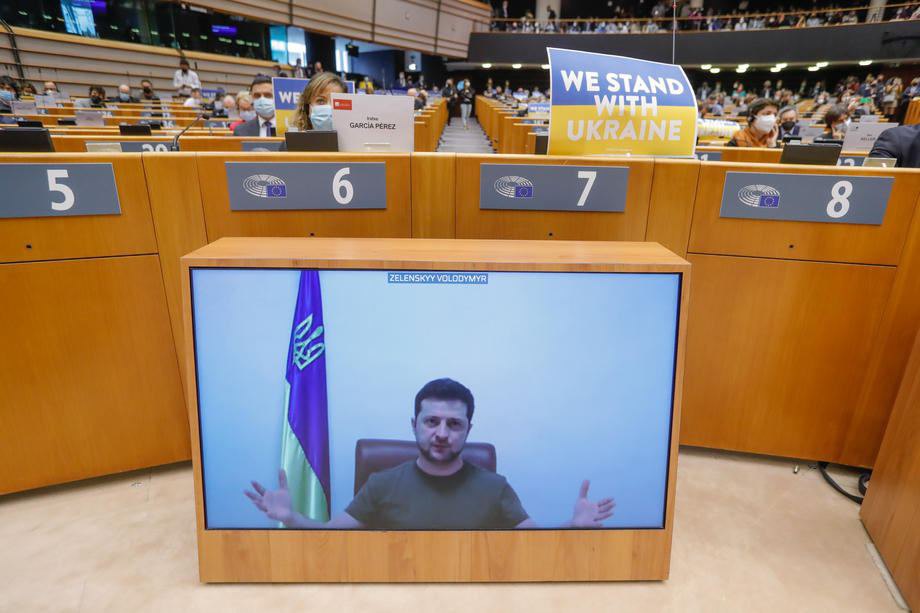 "The risk of such acceleration lies in threat to the stability in the Western Balkans because there are countries that also want (joining): North Macedonia, Albania. This is a very sensitive question," - he said.

The European Union is afraid of deepening the political crisis in the Balkans. They are now thinking about how to speed up the joining of countries in the region, not Ukraine. Because if you accelerate the joining of our country, the pro-russian forces, for example in North Macedonia, will prevail over the pro-European ones.

The problem is that russia has already launched an aggressive campaign in the Western Balkans, it is already resorting to actions leading to destabilization. So soon the EU may wake up to a different reality in the south of the continent.

So, not the acceleration of Ukraine joining the EU will lead to destabilization of the Balkans. Russian actions will. Leaders of the Union will understand this, though, with delay.

By the way, delay may become the word of the year if international unions, alliances, associations do not change their policies and start proactive actions. In other words, until they start not in word, but in deed start to protect the security of Europe, and as its main front - Ukraine.