Since russian invasion of Ukraine on February 24, 2022, the Ukrainian cultural scene has been demanding a rethinking of russian culture, placing its actors in a broad political context: how their actions or inaction relate to russia's geopolitical position and international arena. In response, a number of Western authors spoke up to undermine such efforts, arguing that russian culture is not to blame and that Ukraine was attacked by Putin, not Pushkin. It seems that such commentators do not fully understand the essence of the Ukrainian appeal and it should be clarified by describing what and why Ukrainians want and what they do not want. 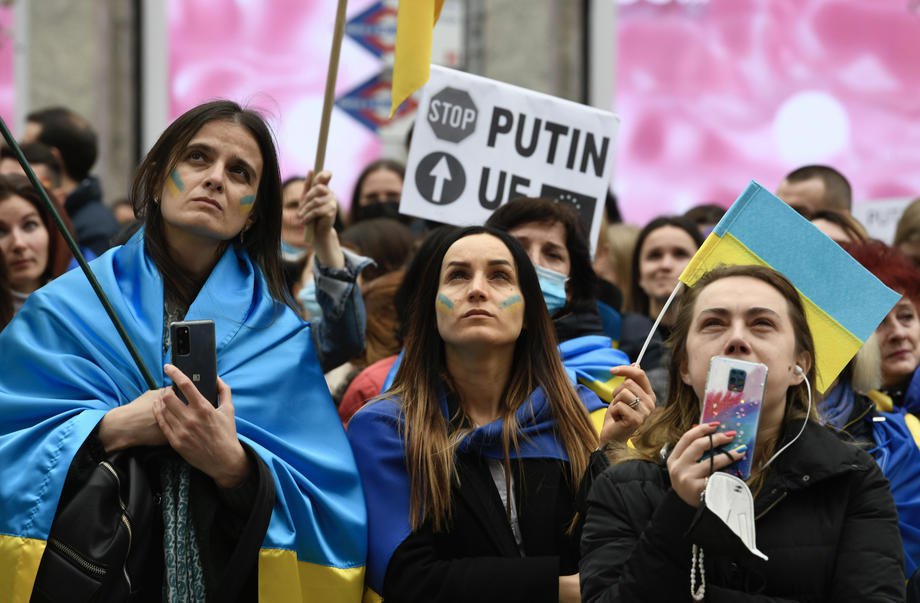 So what do Ukrainians NOT want?

Ukrainians do not want the russians to not exist. This statement could be perceived as utopian in its genocidal naivete, if there were not mirror statements and actions from the russian side. In the summer of 2021, the russian president putin published a long quasi-historical essay explaining why Ukrainians as a community do not and cannot exist. During the speech on the day before the full-scale invasion of Ukraine, putin stressed that Ukraine as a separate political formation was nothing more than a fantasy of Lenin and other bolsheviks, and that Ukrainians who did not accept the legacy of communism and even proactively got rid of it would "get the decommunization" they wanted. By this threat, he implied the elimination of Lenin's fantasy, that putin saw the Ukrainian individuality as. We are dealing with a double phantasm: putin's fantasy about Lenin's fantasy, which covers the russia's genocidal intent against Ukraine. Under such conditions, the opposite assertion, that Ukrainians do not want the russians to not exist, ceases to be absurd and excessive. Ukrainians know that russians exist as a political, historical, cultural and social fact, and they fully recognize the right of the russians to exist.

Ukrainians also do not want a resentment usurpation of the russian culture’s place in the international cultural arena. The goal is not to insidiously use the moment to oust the stronger opponent and take his place, to appropriate his privileges. If such suspicions arise, they despise everything about Ukraine, its people and culture, and show a lack of understanding of the meaning of Ukrainian statements. Ukrainians want an honest analysis and the same honest conversation, but more on that later. 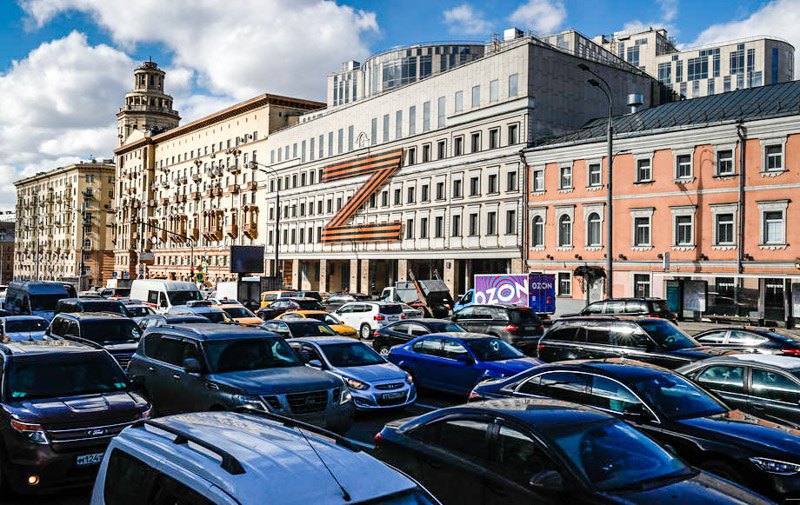 Ukrainians do not want all the russian crimes committed since February 24, 2022 to be solely attributed to president putin. Such statements were made by Chancellor Scholz, colleagues from the German and the American PEN clubs, and have been repeatedly made by authors of various publications. In Ukraine, such a statement is perceived at best as a benevolent misunderstanding of the history of the russian policy toward Ukraine, at worst - as an attempt to whitewash the crimes committed by the russian citizens.

It is obvious that putin himself is not fighting in Ukraine, he did not personally drop bombs on the drama theater in Mariupol, where civilians were hiding, he is not broadcasting news on the russian TV channels and signing letters in support of the war like the rector of a russian university did. A wide range of russian citizens are involved in this process. And if it is not true, then it only has to be proved in the future in the form of mass demonstrations, individual gestures, refusal of criminal orders and so on. So far, we haven’t seen anything convincing, except for a few dignified gestures.

Ukrainians do not want the russians to speak for and instead of the Ukrainians in the international cultural scene. This has been happening for decades, if not centuries: the international cultural representation has been and still is distorted towards the russian imperial narrative. Russian academics, artists, and intellectuals get to speak about Ukrainian-Russian or so-called regional affairs. This built a false hierarchy: the russian vote was automatically perceived by many Western colleagues as more authoritative due to its long presence and experience of public speaking. The special sensitive attitude of Western institutions towards their long-standing russian partners has resulted in such a consequence. It even justifies collective inaction or individual crimes of the russian citizens, as discussed above.

Ukrainians do not want the apocalypse we live through right now to keep the power-hierarchical foundations of the russian culture intact. What else would have to happen to disrupt this smug supremacy of colonial culture? It is impossible to pretend that everything remains as it used to be, that the positions of the russian culture, and thus of the russian stat which sponsors this culture and uses its authority to project its strength remain unchanged. So far, we’ve seen attempts to preserve the status quo by shifting the blame solely onto putin and even equate the russian citizens to the victims of the russian war. This is logically wrong and completely immoral.

Ukrainians do not want the killing, expulsion and persecution of Ukrainians within russia's genocidal policy to be equated with domestic discomfort, economic turmoil, or a potential political pressure on the russians in russia. This is possible only within the framework of colonial logic, when the value of the colonizing group is radically higher than the value of the oppressed group, and therefore the discomfort of the first is considered comparable to the deaths in the second one. Ukrainians reject this hierarchy, and therefore there can be no question of any joint programs for Ukrainians and russians. The very logic of such programs is immoral. 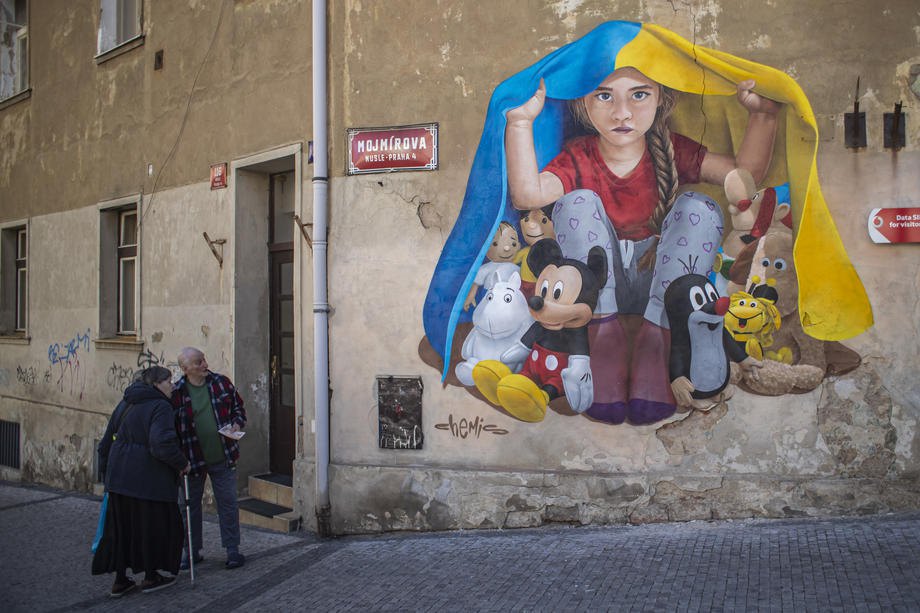 What do Ukrainians want?

Ukrainians want an honest self-analysis from the russian cultural figures, academics and other public figures. How did it happen that russia started a war against civilians in Ukraine? Who allowed authoritarian rule of putin for more than twenty years and his genocidal fantasies? Who and what gave them nourishment and who wrote putin's paranoid texts? What are the power structures in the triangle "international cultural community – russia - Ukraine"? Why are the Western cultural institutions so better acquainted with the russian culture than with the Ukrainian one? What are the russia's intellectual positions on Ukraine? What contribution has Ukraine made to the russian culture and why? What is the role of people of intellectual work in the current perception of the russians about themselves and the international community about russia? What are the russians’ answers to all the above-mentioned questions under the headline "What Do Ukrainians Not Want?"? Without a careful self-analysis and response to all of these questions, the russian cultural scene will only deepen its own moral defeat and will not be able to recover from the catastrophe of the human spirit that unfolds before us.

Ukrainians want the international intellectual community to recognize the existing structure of cultural and political power, where russia is at the top and suppressing others. We have seen many manifestations of this hierarchy: from grand exhibition projects in Western capitals (such as Ilya Repin's exhibition without the slightest attempt of postcolonial analysis of his legacy, despite existence of tremendous materials for such analysis) to repeated attempts to "reconcile" Ukrainians and the russians at the expense of Ukrainians. Ukrainians also expect an awareness of the colonial nature of the ties between Western institutions and figures. And then a review of these connections.

Ukrainians want to speak in their own voice, with their own arguments, and to be heard.

These are high expectations, but without this work it is impossible to return to a safe and fair world. Even if it is only the Western world.

Ukrainians expect that the people and institutions whose role is to bear witness to the state of a person and human society and to act for the common good will do so in the face of one of Europe's greatest catastrophes since World War II. 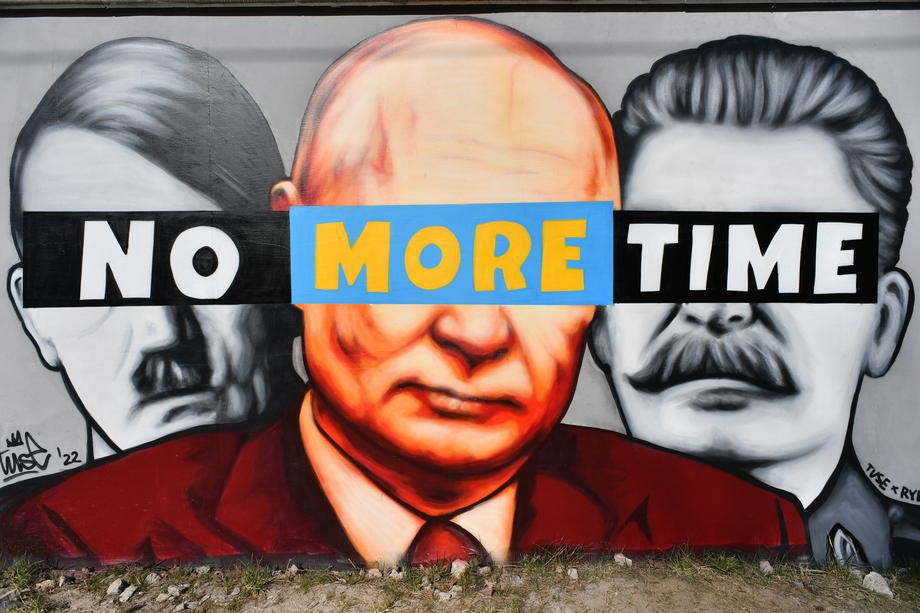