Why the West does not hurry to support Ukraine?

I would rather start with the assessment of the size of events today. There are circa 8 bln people on the Earth. So, we have to realize that the disaster for our 40 mln people in Ukraine compared to 8 bln is not as visible as we think it is. For sure we are focused on Ukraine and we take events in Ukraine and extrapolate them to the whole world. As Ukraine is our world in some meaning. But this is the reason for our shock at the world’s reaction to the events in Ukraine.

We have to understand that the War in Donbas in 2014 according to international law was declared a conflict with low intensity (due to the number of killed people). And today, probably, it will be called a conflict with average intensity. Unfortunately, the world’s bureaucracy works in a very ugly way. All that shameless accounting goes to the question of how many victims is enough to consider it genocide or it is not genocide yet? However, there is no alternative.

Let’s talk about the psychology of the West. In highly developed countries the average people’s age is 60+. These people’s planning horizon is relatively short. They care about grandchildren, pension, comfort and so on. Most heads of western countries are of the same age. As they were chosen in the democratic elections, they represent their electorate. First of all, they are protecting the needs of their electorate.

The good news is that this electorate has its values. These values are the result of the continuous education of several generations. However, these values have not been the priority in recent years. Both Europeans and Americans were not ready to give away some wellness to protect their values. But today actually for the first time in modern history they have faced the moral decision: if you declare to support values but choose wellness, you drastically lower your self-esteem and move out of the “comfort zone”. I am talking about the way the West perceives the events in Ukraine. The wellness was in some way provided by Russia (meaning gas, oil, other energy resources). For sure Russia did some bad things, c'est la vie. But now it appeared that Russia has done such bad things that the Western people have to do a moral decision. And we see that citizens of European and North American countries are doing the right choice, they choose values. This choice influences the way their political leaders act.

When the majority of people have chosen to “have a full fridge” instead of moral (Hungary for instance), their leader acts according to his electorate.

So, when there are political statements from leaders to support Ukraine and the following real actions are being concluded, we understand that the population of these countries and their leadership is united. We can trust the words of those leaders.

I want to point out that Biden had called Putin a butcher, but the White House immediately made excuses after that.

There is nothing bad in the word “butcher”, it is the average profession. Putin is not a butcher, he is a cannibal.

This is the category of behavior that existed throughout the history of mankind. There is the theory that Cro-Magnons had eaten Neanderthals to survive. It is possible that our long-ago ancestors were cannibals. Throughout history, such events were identified. However, they are considered rare and for modern culture, such behavior is completely inappropriate. And in the deep, dark psychology of a human, such a category exists – to make food out of other people in a broader meaning of course. Ukraine for Putin is a “food”. He wants to eat us.

In “The Silence of the Lambs” I recall the episode when Dr. Hannibal Lecter forced his victim to eat his own brain, cooked and served on the plate with some side dish. This is exactly what Putin did to Europe and North America.

“Putin forced Europe and North America to eat the part of their brain under anesthetic, saying: “Is it good? All good. See yourself we are the cultural people. Music is playing. Here is the fork, the knife, Bon Appetit. There are neighbors, which we can eat too if we cook them appropriately. We are not savage. We are civilized cannibals.” 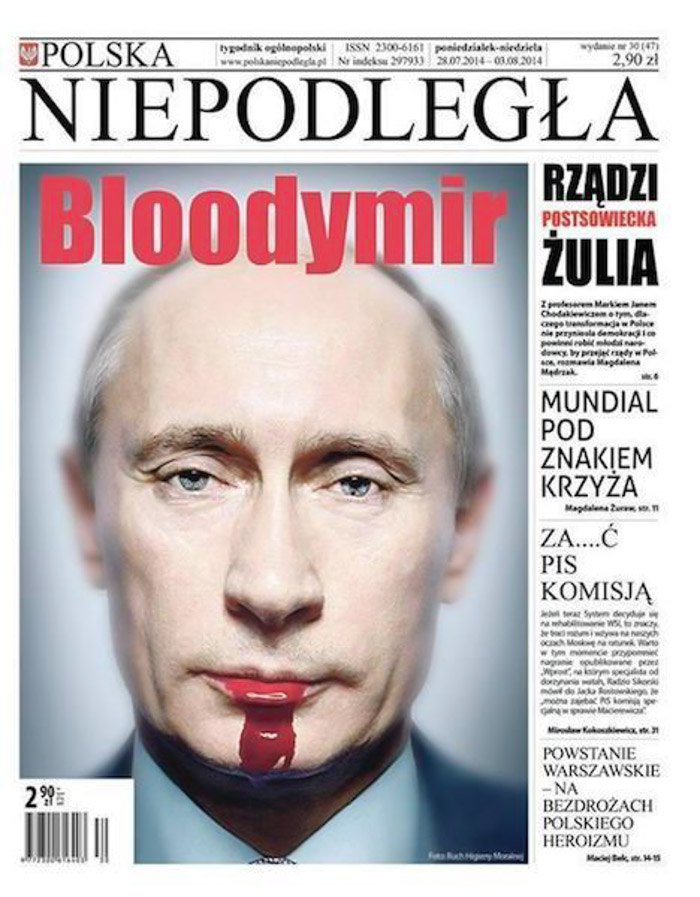 That is why all that is going on in Ukraine is not acceptable to the Western leaders. In another way, they would have to recognize that they participated instead of protecting their cultural values and protecting themselves and others from cannibals.

So, the main part of European politicians behaves themselves like three piglets from the famous child tale. When a wolf came to eat them, they hide in a hut telling him: “we will not open the door, that’s all.” This is what we should know about the reaction of Europeans till today. But this attitude will change. As I said, the choice between moral values and a “fridge” will be taken for the moral values. This is the basic ground of European society. It could be covered with some dust and treated as a museum showpiece. But when Putin forced Europe to get rid of it, Europeans realized that it was the proposal to eat themselves.

Tribunal related to the Massacre in Serebrenitsa had lasted more than 10 years. It is hard to realize, but it will not be fast for Ukraine. Yes, we have friends - Baltic countries, Poland, Great Britain, the United States of America, which act according to the moral values they care about. Other countries are being in the process of establishing a New Europe. Unfortunately, we are the ones who are paying for that with the lives of our citizens. Average Europeans understand all, their choice was already made. But the transformation of this choice into a political decision requires some time.