How to react correctly to information from russia? How to read russian texts that tell about the re-education of Ukrainians and so on?

This is a question in the genre of a logical trap. Because what comes from the russians is not information. It's propaganda. That is, the question of how to consume russian propaganda is the question: "How to eat shit and not hurt the stomach, not to poisoning and so everything was fine". The answer is simple: do not eat.

Talking specifically about a recent article on RIA Novosti, the Nazi manifesto, it is a common form of horrification. "We will come and eat you all," is a summary of all the messages from russia to Ukraine. "And after Ukraine, we will kill the whole world." That's all the content. 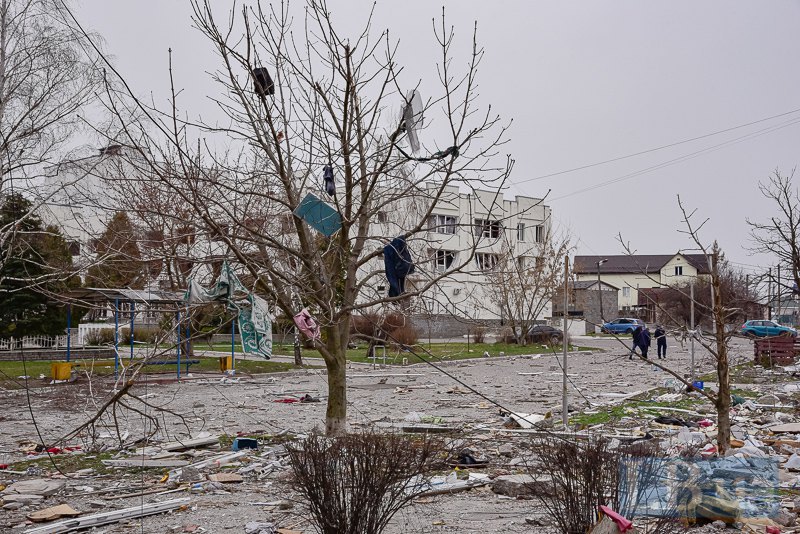 Russian propaganda is targeted primarily at its own citizens, like any totalitarian propaganda. But it also ricochets off citizens of other countries, whom it has a chance to deceive. In our case - vatnyks, apparent and potential collaborators - coprophages, if we continue the theme of shit.

But it happens to be consumed by other Ukrainians. Instinct drives people to receive all possible information about the war, just in case, so as not to miss anything. It is a kind of informational bulimia. A person in severe stress consumes information indiscriminately and consequently can not digest it. And feels bad.

I will give another analogy. All the information coming from russia is propaganda mine. A person thinks: I need to know what the enemy thinks, and starts demining this information mine on his/her own.

Just as demining enthusiasts begin to remove the streamer or unscrew the fuse from the projectile on their own because they have read a book about it and think they know everything. But sapper work is such an interesting thing - it is extremely easy to explode when demining. People invent things that are impossible to imagine.

The information mine is exactly the same. People read and seem to understand that it's all untrue and ugh. But something remains in the head. And it explodes - a person starts telling others about it and reacting. That is, the goal of the information sapper has been achieved.

What can you do when somebody sends a link to a russian public: "Oh, read, it's so terrible"? The same as with a projectile on the street - don’t come closer. Fence this place off with something in your head. And tell others not to get close either.

Then you can see what professional informational sappers do with it - their qualified comments are published quickly. That's enough to understand what's going on.

Regarding "I need to know what the enemy has in mind".

We know that the dream of the Muscovites is that we do not exist on Earth. The goal of each explosion is to kill you. Russian propaganda is the same.

The enemy has nothing in his head. It is an empty place. Which is filled with one or another kind of shit. In biological terms, they think with the spinal cord. According to the logic of involution, they should grow tails, this is an extension of the spinal cord. It will be necessary to somehow monitor whether this anatomical process takes place.