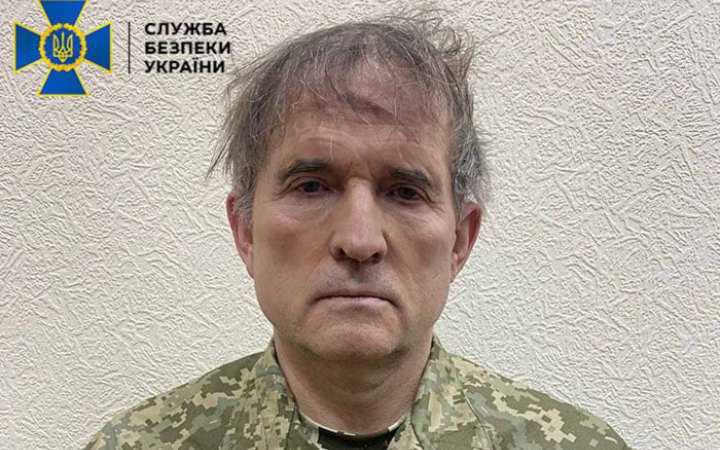 Court in Lviv changed deterrence for the leader of the Opposition Platform – For Life (OPFL) party, member of Ukrainian parliament, Viktor Medvedchuk.

Medvedchuk, who is also father to putin's goddaughter, was arrested without bail, reports Radio Liberty.

Viktor Medvedchuk is suspected of treason, he was under house arrest and fled on 27 February.

On 12 April the Security Service of Ukraine detained Medvedchuk.

The Adviser to the Head of the President of Ukraine Office Mykhailo Podolyak commented on detention: Medvedchuk should hide in a Ukrainian prison to survive.

Ukrainian President Volodymyr Zelenskyy suggested exchanging Viktor Medvedchuk for Ukrainians that are held captive by russian military. Zelenskyy said that “Medvedchuk chose to wear military uniform [when detained], law of war should be applied to him”.

The parliament of Ukraine, Verkhovna Rada, claimed that in case Medvedchuk is officially sentenced, parliamentary mandate will be withdrawn from him.