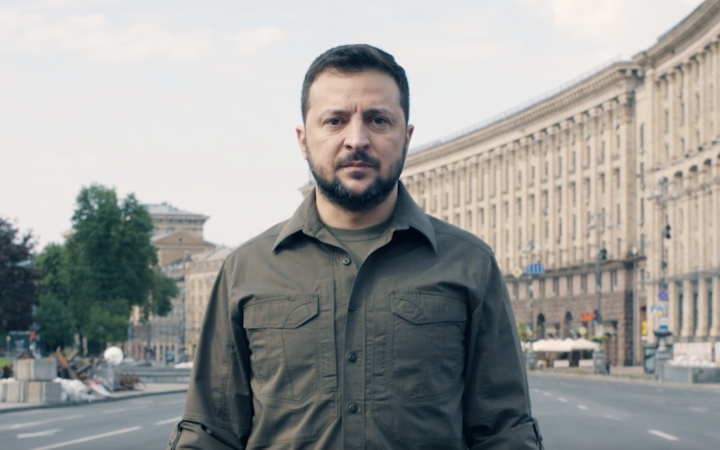 Photo: The Presidential Office of Ukraine

UAF are gradually pushing russian occupiers off Kharkiv, reported the President of Ukraine Volodymyr Zelenskyy in his video address.

“I’m grateful to all our defenders, men and women, who protect us and show truly superhuman strength to oust the army of invaders,” said Volodymyr Zelenskyy.

At the same time he urged Ukrainians not to spread excessive emotions and not to create an atmosphere of a specific moral pressure when people are expecting certain victories on a weekly and even daily basis.

Zelenskyy also said that today in his address to Slovak Parliament he thanked for the strong support especially in the area of defense and sanctions. He also explained why energy cooperation with russia cannot be considered in isolation from its aggressive policy.

In addition, in his address to the Parliament of Malta Zelenskyy recalled the heroic battle for Malta during World War II that is similar to today’s fight of Ukraine for freedom and independence in war against Russia.

Volodymyr Zelenskyy also held talks with Ministers of Foreign Affairs of Germany and Netherlands in Kyiv. They discussed the details of how the friends of Ukraine can join thr post-war reconstruction of our country.

“I’m grateful to them for resuming the work of embassies in our capital. This is an important gesture that confirms Europe's confidence in Ukraine's future," Zelenskyy said.

Zelenskyy added that a total of 36 foreign missions are already operating in the capital of Ukraine.

The President of Ukraine said that today a special group of international experts led by Michael McFaul and Andriy Yermak developed the Energy Sanctions Roadmap.

for russia to finance the war, minimizing disruptions in the world economy due to russian energy resources.

Work has begun today on the implementation of this rationally drafted document.

"He was not just a politician. And not just a historical figure. He was the man who knew how to find wise words and say them so that all Ukrainians could hear them. This is especially important in difficult, crisis moments. When the future of the whole country may depend on the wisdom of one person,” the President of Ukraine stressed.

Zelenskyy added that Leonid Kravchuk showed his wisdom in the late 1980s, when the Ukrainian movement emerged, brilliantly went through 1991, and whatever happened, Kravchuk always stayed with Ukraine.

Volodymyr Zelenskyy in the address to the government and the people of Slovakia thanked for all the help which Slovakia provided to Ukraine. He stressed that if the russian military is not stopped now, during the war in Ukraine, they will repeat their atrocities committed in Bucha, Borodyanka and other cities, in all countries they can reach.