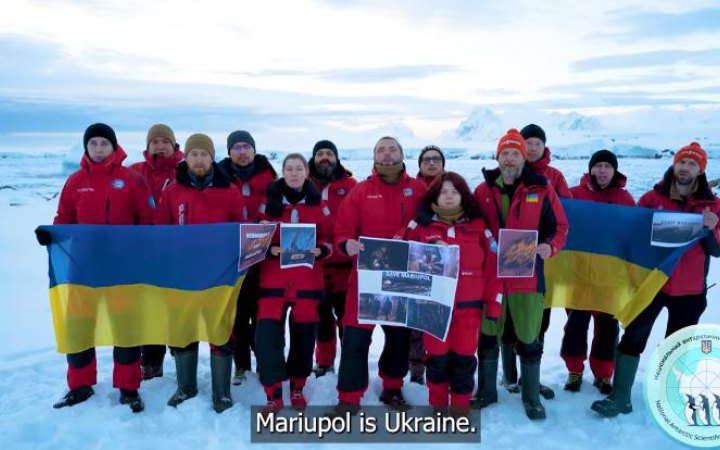 Ukrainian polar researchers from the Vernadsky Research Base joined the global flashmob in support of the defenders of Mariupol.

This was reported by the National Antarctic Research Center.

Ukrainians who live and work at the Vernadsky Research Base recorded a video message to the heroes defending the Azovstal plant. Ukrainians from all over the world have joined the initiative: from Europe, Asia, North and South America, Africa, Australia, and Antarctica.

In the video, Ukrainians from Vernadsky noted:

"Defenders of Mariupol! We - the team of the 27th Ukrainian Antarctic Expedition - support every soldier who defends our borders on the territory of Azovstal.

We appreciate and are proud of your military prowess, devotion to the people of Ukraine, steadfastness that is beyond human capabilities. Every moment you are in the thoughts and hearts of each of us.

We at LB.ua support every word of our polar researchers. Thank you to the defenders of Mariupol and all of Ukraine! The truth is behind us, which means Victory.”

Earlier, the Ukrainian band KALUSH ended its performance in the Eurovision final with an appeal in support of the defenders of Mariupol.