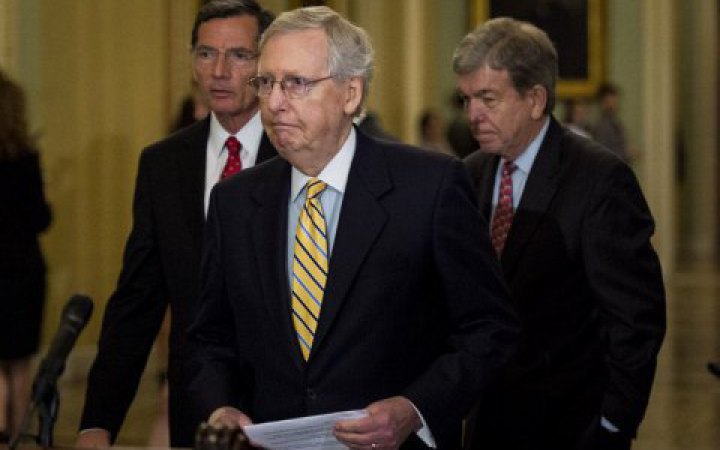 The Senate of the United States can adopt the bill of 40bn dollars in aid for Ukraine on Wednesday, 18 May, after the appropriate procedural voting on Monday, 16 May.

The leader of the U.S. Senate Republicans Mitch McConnell stated that on Sunday, 15 May, as cited by the Voice of America.

We expect to invoke cloture [parliamentary procedure that caps the further discussions of a matter in question at 30 hours and allows to proceed to vote – ed.] – hopefully by a significant margin [of positive votes – ed.] – which would set us up to approve the supplemental on Wednesday," – McConnell said in Stockholm where he arrived after his Saturday visit to Ukraine.

On Thursday, 12 May, the Republican Senator from Kentucky Rand Paul single-handedly blocked the speedy passage of the new Ukraine aid bill. The Senator introduced an amendment to the bill suggesting appointment of a special inspector who would check the allocation of costs within this package.

Meanwhile, the Pentagon spokesperson John Kirby stated on 13 May that, if the bill isn't adopted until the next Thursday, 19 May, this may affect the U.S. ability to uninterruptedly provide Ukraine with military aid.