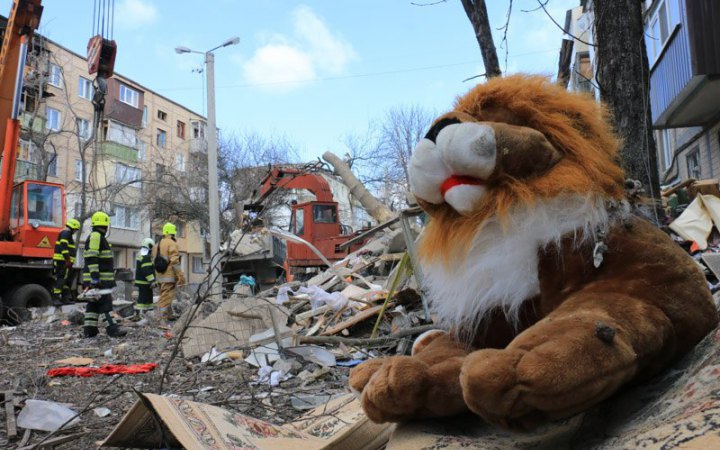 Photo: Main Directorate of the State Emergency Service of Ukraine in Kharkiv Region

As of the morning of May 21, more than 662 children were injured in Ukraine as a result of full-scale armed aggression by the russian federation. According to official juvenile prosecutors, 232 children were killed and more than 430 injured, - reported in the Office of the Prosecutor General.

On May 20, the russian military launched a missile strike on the city Culture House in Lozova, Kharkiv region. As a result of the actions of the aggressor country, seven civilians were injured, including an 11-year-old girl.

On May 19 due to shelling of Velyki Khutory village, Kupyansk district, Kharkiv region a 13-year-old girl was injured.

On May 18, the occupiers fired on a car of volunteers in the city of Severodonetsk, Luhansk region. A 17-year-old boy was injured.

The bombing and shelling of Ukrainian towns and villages by the russian armed forces damaged 1,837 educational institutions. At the same time, 172 of them were completely destroyed.