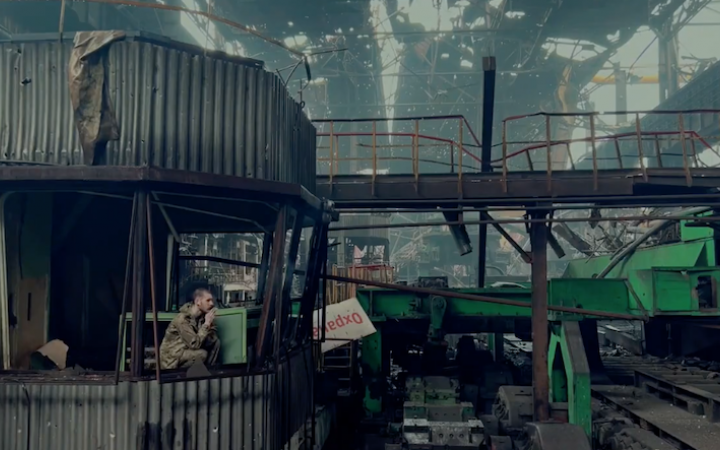 Azovstal. A day before the captivity
Photo: Video screengrab

The Ministry of Foreign Affairs of Ukraine published a documentary video "Last day at "Azovstal"", shot by a defender of Mariupol Dmytro Kozatskyy (Orest) a day before the captivity.

The footage shows the territory of the plant ruined by russians, and the indestructible defenders of the city.

No one in the video talks. The fighters smoke and look at the ruins of what used to be a powerful metallurgical combine before the occupiers came, and after that became a shelter for hundreds of civilians, the last stronghold of the Mariupol defence and the target for all kinds of the russian army's weapons.

Kozatskyy, together with other defenders of Mariupol, stayed at the plant until they received an order to stop the defence of the city and save the fighters' lives. The fighter had also executed the previous order – to draw russian forces on themselves and allow the Ukrainian army to regroup, prepare more manpower and receive lots of weapons from partner countries. There were troops of the "Azov" regiment, marines of the 36th Brigade, border guards, and law enforcers. Thanks to their defence around 20 thousand of the enemy's manpower couldn't be transferred. Thereby, the rf couldn't swiftly capture Zaporizhzhia and create the conditions to encircle the Joint Forces of the Ukrainian army.

On 16 May, the Defence Intelligence, Ukrainian Armed Forces, National Guarв, and State Border Guard Service started a joint operation to rescue the Mariupol defenders blocked at the "Azovstal" plant's territory. The troops were taken to the temporarily occupied territory. 53 severely injured fighters were evacuated to the hospital in occupied Novoazovsk for medical treatment, and 211 more people were brought to occupied Olenivka through a humanitarian corridor. A swap procedure will take place for their further returning home. The russian State Duma members have already started talking about banning the swap.

According to the Deputy Minister of Defence Hanna Malyar, there was no other formula to save the troops than the one that was applied. The operation to bring the defenders home is in process. The swap of our severely injured troops is planned after their condition stabilizes.

The families of the military called on the Chinese leader Xi Jinping to influence russia so that it would allow the extraction – taking the troops to a third country where they would remain until the end of the war. Turkey has agreed to be the third country. Now it's called on to act as a guarantor that our defenders will return home.