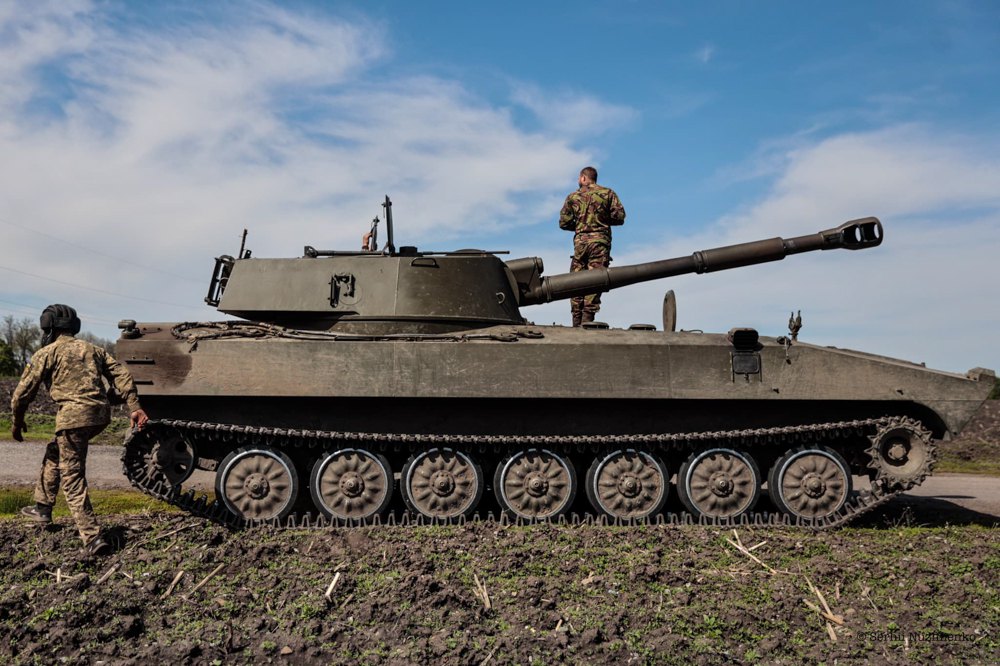 In Russian mass culture, the Ukrainian is present only as a caricature – a traitor, unscrupulous, deprived of dignity and unable to defend himself. “Ukrainians are not warriors – they are barley-eaters, fat-eaters” is what Russian propaganda has assured every Russian. And they went onto Ukrainian land to “earn extra money”, easily killing us. Their faith in this was strong but short-lived – until that moment when they fell onto Ukrainian soil.

Our Western allies did not count on the ability of Ukrainians to resist a massive offensive of the second largest army of the world. That is why they withheld serious military assistance, fearing a repeat of last year’s situation in Afghanistan. There, decades of American efforts were shattered in a matter of days by the inability of the locals to stop the Taliban offensive.

Truthfully, the ability to fight successfully was also a revelation to many Ukrainians. And all because our true history is so poorly known, not only in Russia or the world but even in Ukraine itself.

Because if you look at the Ukrainian past without Russian glasses, you can see that Ukrainians are a nation of warriors.

We have a unique skill-set.

We know how to organize quickly for effective self-defence.

In general, the army is an important element of the state. Ukrainians did not have their own state for centuries after the fall of ancient Rus. But this did not prevent us from creating one of the most effective military formations of the 16th-17th centuries – the Cossack army.

The Cossacks defended the southern border of the Commonwealth, participating in wars of various states as mercenaries. But they also raised an uprising.

First – to protect their own interests. Then eventually, these demands became more political and the Cossacks took on the role of defenders of all Ukrainians.

In the middle of the 17th century, the Cossack uprising led by Hetman Bohdan Khmelnytsky was the beginning of a new form of Ukrainian statehood. Its official name was the Zaporizhian Army which clearly emphasized its base and origins.

This state existed for over a hundred years and played a crucial role in the creation of the Ukrainian nation. The memory of the Cossack victories is deeply reflected in our national consciousness, most of our folklore comes from Cossack songs. The centuries of armed struggle left a great musical legacy for us.

To this day, in addition to Cossack songs, we sing Riflemen and Insurgent songs. And the current war has enriched us with dozens of new pieces, mainly about the struggle of freedom. Ukrainians are a singing nation of warriors.

At the beginning of the 20th century, during the Ukrainian Revolution of 1917-1920, Ukrainians again set about creating an army. Moreover, this army was formed despite the clearly insufficient attention of the political leadership, where there were even those who claimed it was useless.

The Ukrainian People’s Republic Army proved to be powerful. For four years – without any outside support – it resisted much more powerful military forces.

After the First World War, independent states emerged from the ruins of empires. For the sake of this freedom, more Ukrainians died than any other representatives of all other nations. But we did not lose completely and our fallen heroes laid the foundation for our further struggle.

In the Second World War, our land became one of the main arenas of the clash of two totalitarian regimes – the Nazi and the Communist. Neither of them wanted and both were afraid of an independent Ukrainian state. That is why they did not create a Ukrainian Army, but wanted to use Ukrainians as a human resource for their own troops.

Nevertheless, during the years of this terrible war, Ukrainians created their own powerful army – the UPA.

100,000 soldiers fought, again, without any outside support, only relying on the sacrifice of the local population. Those whom we now call volunteers, and the Soviet government judged as “bandits”.

The insurgents’ fierce struggle for freedom continued for more than ten years after the Second World War and had a powerful influence on the formation of our national identity. This was why, seven decades later, the new Ukrainian army took the symbols of the Ukrainian Insurgent Army: it’s anthem, it’s flag, it’s greetings.

In 2014, we actually re-created the Armed Forces of Ukraine.

For a long time, the authorities did not pay any attention to the condition of the Ukrainian army, which after 1991 remained a wreckage of the former Soviet Red Army. Under President Yanukovych, Russian agents in power (including the then head of the security services and defence minister) purposefully destroyed Ukraine’s Armed Forces. Russian aggression met with almost no resistance in 2014 until they came upon the volunteer battalions, many of whom were Maidan activists.

Volunteers from all over the country joined the restoration of the army en masse, replacing state resources while the new government led by President Poroshenko joined in this process.

We have once again demonstrated a brilliant ability to self-organize, the ability to be a nation of warriors. Millions of Ukrainians have been at the front – as soldiers, volunteers, informative and artistic teams.

The large-scale invasion of Russian troops has already been met with a nationwide resistance. The Russians were met with weapons of soldiers of the Armed Forces of Ukraine and the Territorial Army, and civilians with “Molotov cocktails” who destroyed their equipment, sometimes meeting tanks with their bare hands.

Ukraine resisted in Kyiv, Kharkiv, Sumy, Chernihiv, Mykolaiv, Zaporizhia, Kherson, Donetsk and Luhansk oblasts, wherever the aggressor tried to break through. This war is a people’s war for independence, because the entire Ukrainian nation opposes the Russian army.

A nation of warriors.

And the gathered mercenaries and looters from Russia are unable to defeat it.