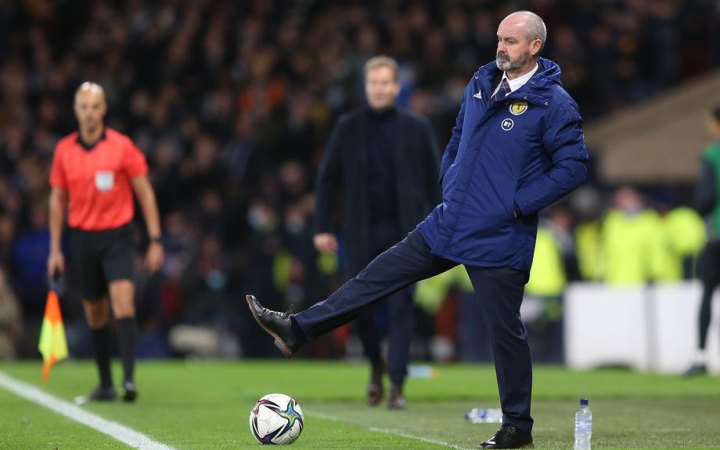 Eight days before the play-off match at the 2022 World Cup against Ukraine, the head coach of the Scottish national team, Steve Clarke, held a press conference. During it, he asked not to pay attention to rumors that the Ukrainians allegedly have no chance of beating his team due to the lack of practice of players caused by the war.

"We will not pay attention to these talks at all. It is good that we are playing. We wanted the game to continue; no one wanted anyone to say goodbye or not to play.

It is good that they could leave the country, and some Ukrainian players trained for several weeks. They played with "Shakhtar" and "Dynamo."

Nine or ten more players from all over Europe will join them. They will have a good team. Ukrainians will be 100 percent ready - just like us," - The National quoted Clarke's comment.

"We have people who watched all three friendly games of the national team of Ukraine, and we will analyze them. Only players from the Ukrainian championship played in the games, and many of them were eliminated from the final team for these futere games.

We will get an idea of specific schemes of the opponent's game, but it may change when players such as Zinchenko, Mykolenko, Yaremchuk, and Yarmolenko join the team. Ukraine has a good team, both technically and tactically. "They play as the number one team and will come to Hampden Park to beat us," - said the Scottish expert.

"Everyone says that Ukraine will be very motivated. But I think you will see that our guys are also motivated to go to Qatar.

We have been waiting for this opportunity for a long time. It is difficult for a country like Scotland to qualify for the World Cup. It isn't easy to put ourselves in this situation when we are two games from the trip to Qatar. However, I, my staff, and my players are determined to go there," - said Clark.

"The war in Ukraine? It will not affect the game: neither how they will play nor how we will. It is football. Everyone in Europe has shown great solidarity with Ukraine.

We played against Poland, where we raised a good amount of money for them. We know that the situation in their country is terrible. But it's a football game. They want to win, and we want to win. I think it will be a good game, though," - concluded the coach of the Scottish national team.

The football duel will take place on the first day of summer.