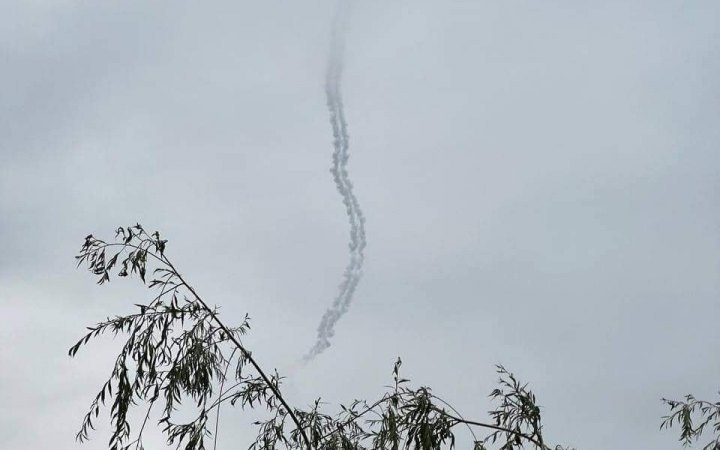 Photo: Air Force of the Armed Forces of Ukraine

Ukrainian anti-aircraft gunners shot down a cruise missile fired by the russian invaders towards Kyiv.

This was reported by the command of the Air Force of the Armed Forces of Ukraine.

"On the morning of June 5, the enemy fired several missiles in the direction of Kyiv. At about 6 a.m., they were found and fired at by theAnti-Aircraft missile Forces Command ‘Center’ - one cruise missile was destroyed," the statement said.

According to preliminary data, invaders launched missiles from Tu-95 aircraft from the Caspian Sea.

Earlier the Kyiv military regional administration reported that in the morning on June 5 Air Defence Forces shot down the enemy missile over the Obukhov area.

On the morning of June 5, russian troops launched missile strikes on infrastructure in the Darnytskyi and Dniprovskyi districts of Kyiv. There were no casualties, but one person was injured.