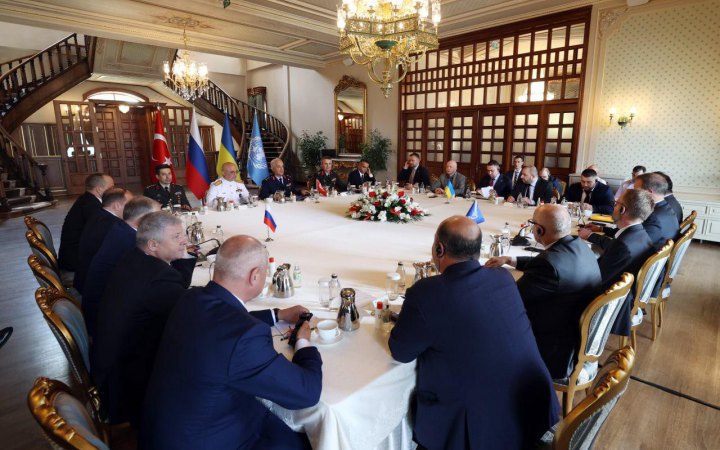 The delegations of Ukraine and russia have started negotiations on the problem of Russia-blocked grain exports from Ukraine, AFP has reported, quoting an unnamed Turkish official.

It noted that these are their "first talks with UN and Turkish officials aimed at breaking a months-long impasse over grain exports that has seen food prices soar and millions face hunger".

Turkish Foreign Minister Hulusi Akar said that the talks would focus on "safe shipment of grain stored at Ukrainian ports to international markets".

Ukrainian Foreign Minister Dmytro Kuleba said that negotiations on unblocking Ukrainian grain exports are in the final phase. Everything depends on russia's decision.

The russians are not only blocking the export of grain from Ukrainian sea ports, which threatens 19 million people around the world with starvation, and are not only stealing this grain and selling it as their own, but they are deliberately burning grain storage facilities and fields in Ukraine.

Turkey's position regarding the Ukrainian grain issue is rather ambiguous: Ankara helps Ukraine in its negotiations with the Russians, but at the same time it released the Russian-flagged cargo ship Zhibek Zholy with stolen grain from Ukraine. According to the Scheme investigative journalist project, the russians systematically export stolen Ukrainian grain to Turkish ports. They turn off radars on their ships, but it is possible to trace them via satellite data.

There are 22 million tonnes of grain waiting to be exported from Ukrainian ports.