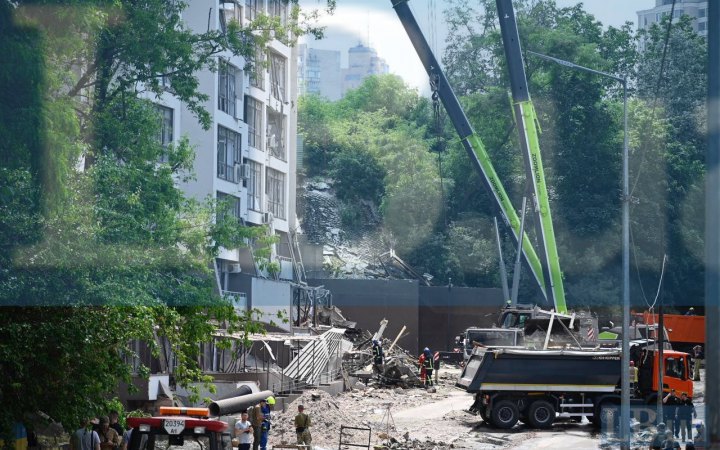 Consequences of shelling of Kyiv

As of the morning of 13 July, russia has fired 2,960 missiles on Ukraine since the beginning of its full-scale invasion, President Volodymyr Zelenskyy said during a video address to South Korean politicians.

"This is russia's tactic to drive people out of our cities. To make every Ukrainian fear the terrorist state," he said.

According to Zelenskyy, russia is taking Ukrainian cities hostage. The russian army is building its offensives by aiming its cannons and rocket artillery at ordinary residential areas in ordinary cities.

"This was precisely the occupiers' plan in the spring when russian soldiers moved from the northern border into the capital to either destroy Kyiv with artillery or to blackmail us with such destruction. The Ukrainian army has driven the russians out of the northern territories. But the occupiers remain in the east and south of our country and are building their offensive in the same way so that ordinary houses are in the sights of their cannons and within reach of their volley fire systems," he said.