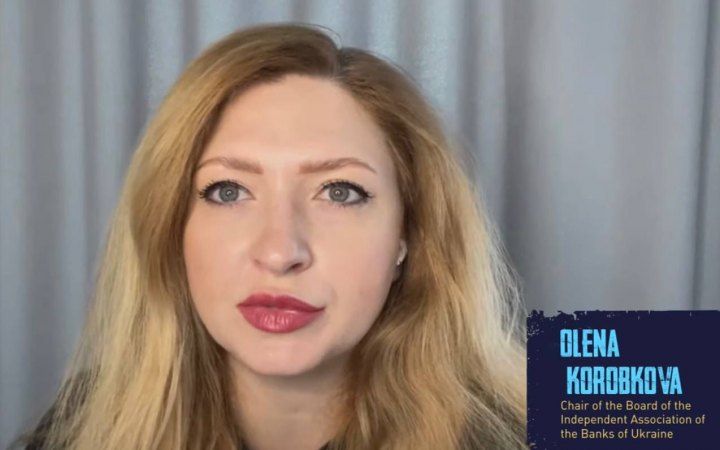 With the war now in its fifth month, Ukraine's banking system has survived, with only three banks having left the market. All customer data has been transferred to cloud storage facilities to keep it safe amid enemy cyberattacks, the Chair of the Board of the Independent Association of the Banks of Ukraine, Olena Korobkova, said at a briefing, according to an LB.ua reporter.

"We understand that as a result of the full-scale invasion, Ukraine's GDP has fallen by almost 40%, inflation will be many times higher than planned. However, the banking system continues to show phenomenal resilience... Banks retain liquidity. They are even continuing to lend... This is a precedent for the rest of the world," she said.

Only three banks have pulled out of the market in nearly five months of war, she said. Of these, two were subsidiaries of Russian banks. Another bank had problems long before the war.

As of mid-June, 85% of bank offices were operational thanks to the deoccupation of the country's northern regions.