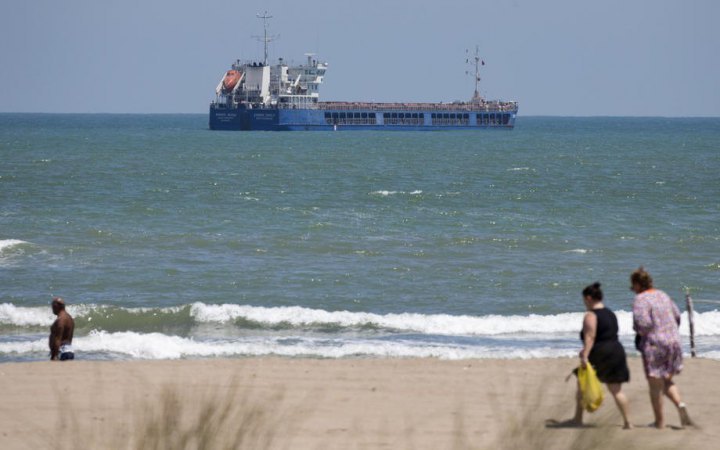 Officials from Russia, Ukraine, Turkey, and the United Nations agreed on key aspects of a plan to resume exports of Ukrainian grain through the Black Sea, senior Turkish and UN leaders said, according to the Wall Street Journal.

At a meeting in Istanbul, officials from the four parties agreed to establish a coordination centre in Istanbul where their representatives would oversee outbound shipments of grain, Turkey's defence minister said.

Officials said that the talks concluded with an agreement on broad parameters of how grain can again be exported through Ukraine’s Black Sea ports, but cautioned that any deal still needs to be signed off by Russian President Vladimir Putin, according to a Western official.

Officials believe this could happen when the Russian leader meets Turkish President Recep Tayyip Erdogan next week in Tehran.

Under the broad agreement reached Wednesday, grain could ship from three Ukrainian ports in convoys escorted by Ukrainian vessels, with a cease-fire to protect vessels within geographical limits and some minesweeping, a person familiar with the talks said.

The Turkish navy would inspect empty ships arriving at Ukrainian ports to address concerns from Russia that the vessels could be used to transport Western arms to Kyiv’s forces. The UN will establish a command and control centre in Istanbul to monitor threat levels to the shipping.

Technical details remain to be ironed out, including how mines laid around Ukrainian ports will be cleared, the person familiar with the talks said. Ukraine had originally told the UN that a safe passage could be charted through their minefields, but so-called floating mines will also have to be cleared, the Western official said.

Yoruk Isik, an Istanbul-based maritime expert tracking the talks, said at least a couple of weeks of demining would be needed before a corridor could open and minesweepers would be needed to work around the clock on the corridor. He said one solution to Ukraine’s security concerns would be to station a Turkish or Romanian warship near the port city of Odessa.