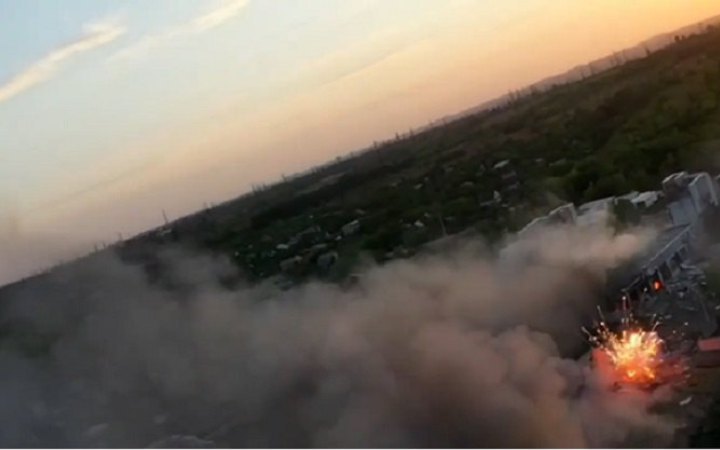 Ukrainian defenders hit the base of the Russian occupiers' Pyatnashka battalion on the outskirts of occupied Donetsk, the Joint Forces Task Force has said.

"The place of accumulation of personnel and equipment of the DPR unit Pyatnashka. The unit in question has received 'humanitarian cargo' from the so-called All-Russian People's Front. In addition to ATT, the unit also had tanks and SAMs. Сoncerts were also held on the same territory, in particular, [Russian singer] Leps was said to have come, and now a concert will apparently be given by [dead Russian singer Iosif] Kobzon," the report reads.

Earlier, the head of the Luhansk regional military administration, Serhiy Hayday, also reported the explosions at the separatist base. According to him, the sounds of explosions were heard for several hours.

"A bit of bangs for the newsfeed... Just now, in the vicinity of Donetsk, someone was smoking carelessly again, or these were 'stones from the sky'... The base of the infamous Pyatnashka, an international gang that fought in Luhansk Region, is on fire. Piles of 200s and 300s... Fancy equipment destroyed... To be continued," he wrote on Facebook.