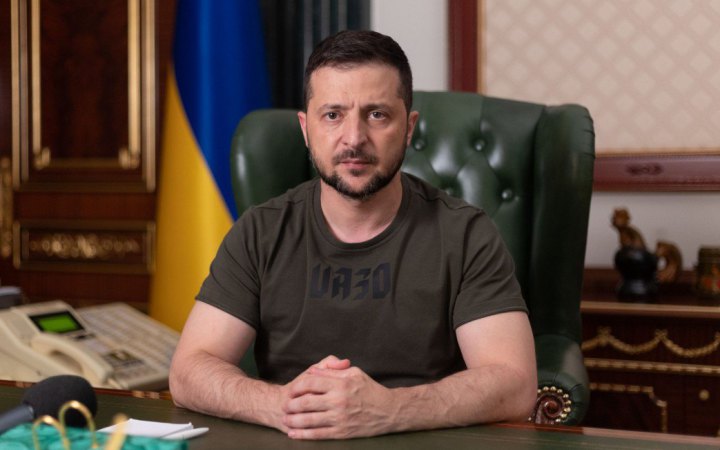 President Volodymyr Zelenskyy has welcomed the adoption by parliament of a number of important laws and ratifications that bring Ukraine closer to the EU.

"No matter how difficult it is - even in the conditions of such a war - we are moving step by step towards full membership in the EU," he said.

"They are the actual implementation of the customs visa-free regime. We did it in record time and in a completely coordinated manner - all branches of government," he said. "And I want to thank all our diplomats, government officials, MPs who ensured this result. Ukraine will be a full member of the EU - and we are already closer to Europe than at any time in previous decades."

He also noted that representatives of the IAEA are already in Ukraine, planning to visit the Zaporizhzhya nuclear power plant. It's an important mission, and we're doing everything we can for it to be safe and work at full capacity, he said.

"Unfortunately, Russia does not stop provocations precisely in those directions from which the mission is supposed to arrive at the station. But I hope that the IAEA mission will be able to start its work," Zelenskyy said. "The situation at the ZNPP and in Enerhodar, in the surrounding areas, remains extremely threatening. The occupiers do not leave the plant, continue shelling and do not remove their weapons and ammunition from the territory of the NPP. They intimidate our plant's staff. The risk of a radiation disaster due to Russian actions does not decrease for a single hour."

"Only Ukraine can guarantee that all processes at the Zaporizhzhia plant will take place in accordance with standards and under control. Russia simply does not need it," he added.

He dedicated a section of his speech to the war situation:

"Throughout the temporarily occupied territory of Ukraine, from Crimea to the Kharkiv region, the Russian army does not have and will not have a single safe base, a single quiet place. Our defenders will destroy all warehouses, headquarters of the occupiers, their equipment, wherever they are located. Near Sevastopol - then near Sevastopol. Near Luhansk - then near Luhansk. This is Ukrainian land, and the occupiers can do only two things - flee or surrender. We leave them no other options.

Currently, active hostilities are taking place almost along the entire frontline - in the south, in the Kharkiv region and in Donbas. Today I especially want to thank the warriors of the 56th and 110th brigades, who are showing maximum resilience and heroism in the Avdiivka direction. The warriors of the 53rd and 93rd brigades, who are defending the Bakhmut direction, defending courageously, intelligently, heroically.

I thank each and every one who stands firm, who defends positions and who accurately "subtracts" the invaders, their equipment, logistics and ammunition.

Also, today I want to once again draw the attention of all our people in Crimea - please stay away from Russian military facilities, do not stay near Russian bases and military airfields, inform the special services of Ukraine of all the information you know about the occupiers, so that the liberation of Crimea can happen faster."