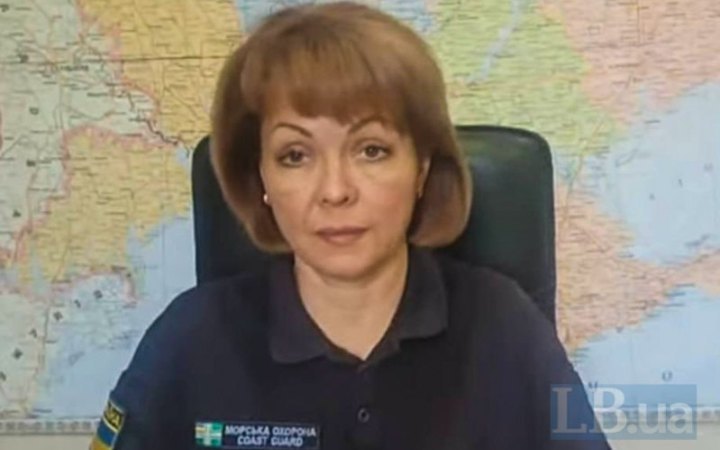 As of this morning, the situation in the southern direction continued to be difficult but controlled. The enemy made an unsuccessful attempt to advance in the direction of Potyomkine in the Kherson direction. The Ukrainian Armed Forces' successes are convincing enough, more positive news is on the way, Natalya Humenyuk, head of the joint press centre of the Defence Forces South, has said on the air of the telethon.

The enemy is trying to attack Mykolayiv Region with aircraft and missiles. The region was hit during the night, with no casualties.

Humenyuk added that Russia is using ammunition put aside for a very rainy day - missiles are increasingly detonating while still in the air.

Humenyuk called for maintaining silence as regard Kherson Region.

"We continue positional fighting, we continue to destroy the enemy in terms of logistics, capability and capacity, ammunition depots are flying in the air, pontoon crossings are exploding. This means that logistics have been blown up to such an extent that they cannot pull up reserves," she said.

Humenyuk added that there are still some transport routes, which the Russians could use hypothetically, but they too are under fire control of the defence forces. The enemy is suffering significant losses: from categories of dozens they have gone into hundreds. In particular, more than 100 occupiers have been destroyed in the south in the past 24 hours, 30 to 50 pieces of equipment are also blazing - these are artillery, MLRS, air defence.

As for the movement of Russian equipment via Crimea, Humenyuk noted that these are exactly the enemy's attempts to transfer forces via logistical routes, which are also under our fire control.

A large number of Russian military equipment moving from the Kerch bridge towards mainland Ukraine was detected on the Tavrida highway in Crimea. Last week, the occupiers also sent a train with heavy equipment to Crimea. At that time, locals reported tanks and APCs.

The Ukrainian Armed Forces are keeping under fire control the bridges over which the occupiers were pushing equipment and personnel into Kherson Region.