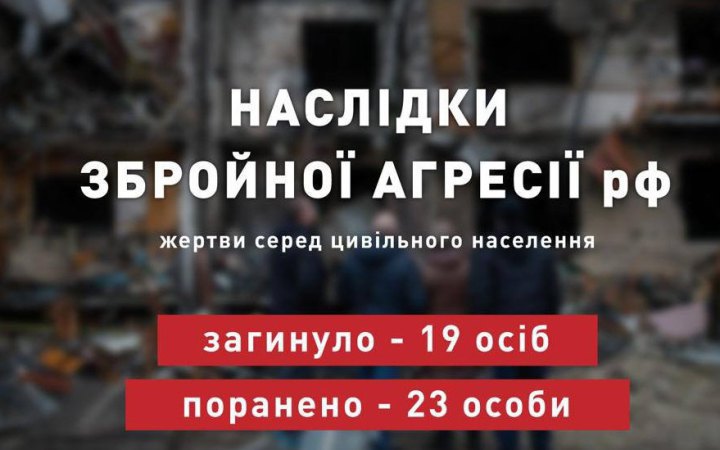 Over the past day, on 19 October, as a result of the armed aggression of the Russian Federation, 19 civilians were killed and 23 more were wounded, the Presidential Office reported citing the military administrations' data.

According to the report, in Donetsk Region - 13 dead (including 12 killed earlier) and 5 wounded.

In Kherson Region - one killed, one wounded. In Chernihiv Region - four wounded.