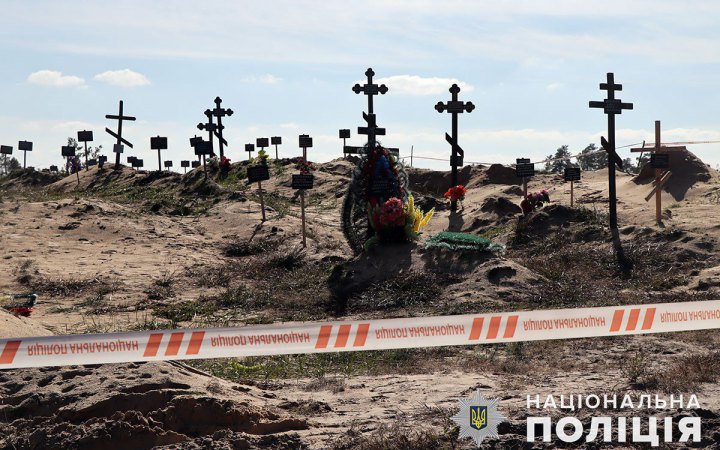 About a thousand bodies of the dead were exhumed in the territories that had been occupied by Russia, the website of the Ministry for Reintegration of the Temporarily Occupied Territories reports.

It is noted that as a result of the search work, about a thousand bodies of dead military and civilians have already been exhumed. In particular, almost 450 were exhumed in Izyum - at the site of one of the largest mass graves.

"Shocking facts of the occupiers' atrocities are being revealed: among the dead are not only military but also civilians - adults and children. However, the exact data will be available only after the examination," the statement reads.

The work continues in cooperation with law enforcement agencies, pyrotechnics and search groups under the Regional Military Administration.