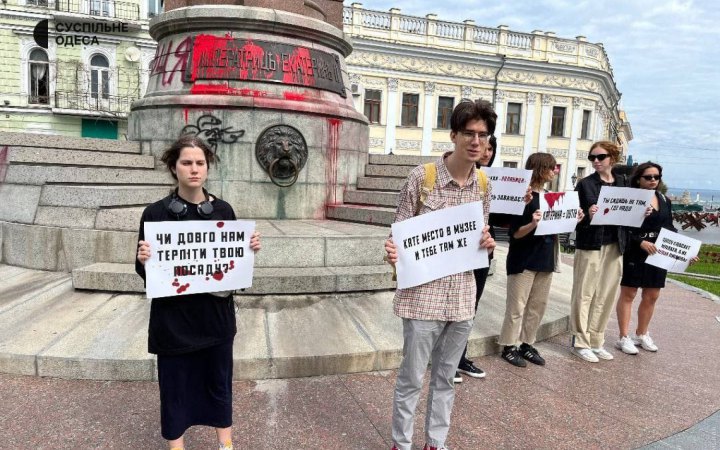 The Odesa city council announced the completion of the voting, where the majority of citizens supported the dismantling of the monument to the Founders of Odesa.

"The procedure for summing up the results of the voting on the fate of the monument to the founders of Odesa (Catherine II), which took place on the platform Socially Active Citizen, has been completed, the majority of Odesa residents supported the idea of removing the monument from Katerynynska Square," the press service said.

The next step is to put the issue on the agenda of the next session of the city council.

The electronic voting was held from 20 September to 20 October.

The final decision on the fate of the monument will be made at the city council meeting on 30 November.

"I am convinced that the results of free voting on the Socially Active Citizen platform will be taken into account by city councillors who will make the final decision. Personally, I will vote for the dismantling of the monument and its transfer to the park of the Imperial and Soviet past, the idea of which I talked about a few months ago. In the near future, the issue will be closed within the framework of generally accepted democratic norms and current Ukrainian legislation," Odesa mayor Hennadiy Trukhanov said on Facebook.

Earlier, in an interview with LB.ua, Trukhanov said that the issue of the monument to Russian Empress Catherine II in central Odesa would be resolved in a civilised manner. He also added that in 1873 there was one of the largest and most beautiful fountains in the city on the site of the monument to Catherine.

In September, the Odesa city council did not support the dismantling of the monument to Catherine II.