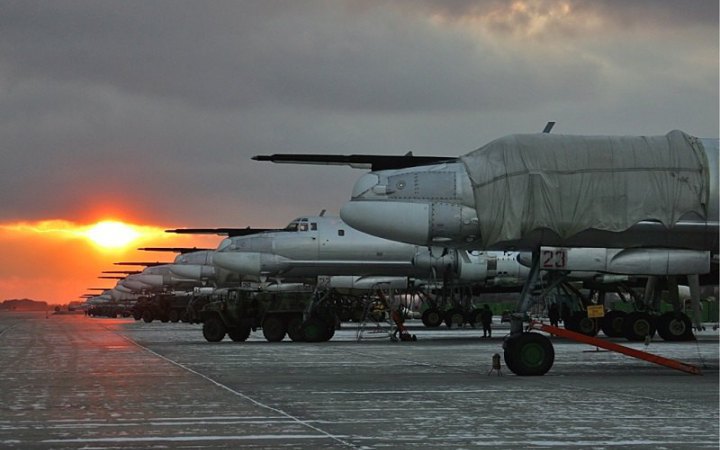 As a result of the explosion in the airfield in Saratov Region of Russia, two enemy strategic bombers were damaged, the spokesman of the Air Forces of the Armed Forces of Ukraine Yuriy Ihnat reported on Facebook.

He wrote: "A "clap" [explosion] at the Engels airfield. They write: two Russian strategic bombers were damaged. There are dead and wounded. We are deeply saddened. Happy Volunteer Day!"

Early in the morning of 5 December, residents of the Russian cities of Saratov and Engels, where the Russian Air and Space Forces airbase is located nearby, reported a "loud explosion". This was also reported by local media.

On the video from the surveillance camera that filmed the flash, the sound reached the microphone after 12 seconds, that is, the explosion occurred about 4 km from the observation point. It was so strong that the camera shook.

In another video, 20 seconds before the flash, a sound similar to the sound of a rocket or aircraft was heard.

Russian propaganda Telegram channels write about a "drone attack", which "crashed on the runway", resulting in damage to two Tu-95s. Wounded servicemen are also reported.

The actual number of allegedly killed, wounded, and injured personnel of the military facility of the Russian Armed Forces, as well as the degree of damage to infrastructure and equipment, is currently unknown.

The Head of Engels District Dmitriy Plekhanov did not confirm the information about the explosion, nor did he provide any details.

The city of Saratov is located on the right bank of the Volga River, 458 km from the border of Ukraine. On the other bank is the satellite town of Engels, which serves as the air base of the same name. Russian bombers take off from this base and carry out missile strikes on Ukraine