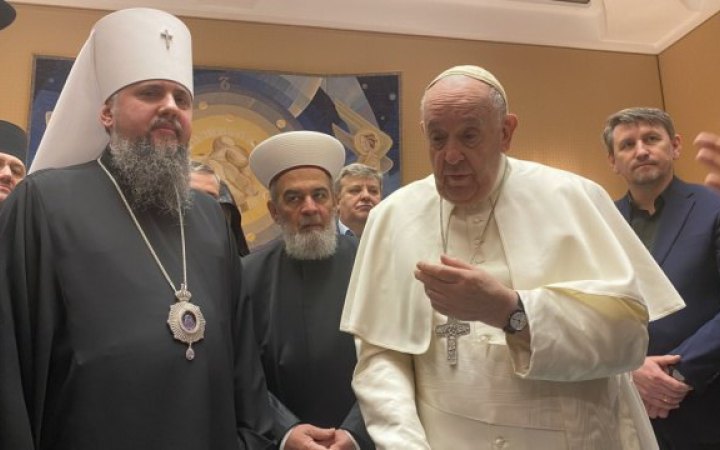 Pope Francis met for the first time with a delegation of the All-Ukrainian Council of Churches and Religious Organizations, Vatican News reports.

On Wednesday, 25 January, before the general audience held in Paul VI Hall, Pope Francis received a delegation from the All-Ukrainian Council of Churches and Religious Organizations, which is currently on a working visit to the Apostolic See, in the adjacent meeting room. He handed over a prepared speech in writing, sharing a few words of impromptu remarks, apologizing for the shortness of the meeting because he had to go to the general audience.

"Forgive me, I would have stayed with you all morning, but we are also slaves to time," the Holy Father said.

Pope Francis assured of his closeness, noting that he regularly receives envoys of the President of Ukraine and is constantly in dialogue with representatives of the Ukrainian people.

"Thank you for your unity, it means a lot to me. It's like children in a family where one is here, another is elsewhere, but when mom is not well, everyone comes together," he said, emphasizing that in this case, he is not talking about Jewish, Islamic, Christian, Orthodox or Catholic Ukraine, but about "mother Ukraine," for which everyone comes together.

"This is a model in the face of the enormous superficiality that we see in our culture today," the Holy Father said.

The Pope mentioned that he had been familiar with the Ukrainian liturgy since childhood, and his sympathy for Ukraine had been growing ever since.

"It's a long-standing sympathy that has grown, and it brings me even closer to you. Do not doubt that I am praying for you! I carry you in my heart and I beg God to have mercy on this brave people!" the Holy Father emphasized, thanking them for this visit and inviting everyone to pray in silence, in their own way, "in silence, but together for Mother Ukraine." And then he greeted each delegate individually.

This is the first such visit of a Ukrainian interdenominational association to the Apostolic See. The previous meeting of the All-Ukrainian Council of Churches and Religious Organizations with the Bishop of Rome took place in Kyiv on 24 June 2001, during the visit of St. John Paul II to Ukraine.

In particular, the delegation of Ukrainian churches included Metropolitan Epifaniy, head of the Orthodox Church of Ukraine, Yaakov Bleich, head of the Association of Jewish Religious Organizations of Ukraine, and others.

The head of the Ukrainian Orthodox Church of the Moscow Patriarchate (UOC-MP), Metropolitan Onufriy, was not present at the meeting. The head of the Department of External Relations of the UOC-MP, Metropolitan Meletiy (Yegorenko) of Chernivtsi and Bukovyna, was also absent. The UOC-MP was represented by Meletiy's deputy, Archpriest Mykola Danylevych.

Answering LB's question about why Archpriest Danilevich, and not Onufriy himself or at least Meletiy, the main speaker of the UOC-MP, Metropolitan Klyment replied that "that’s the Primate's blessing." 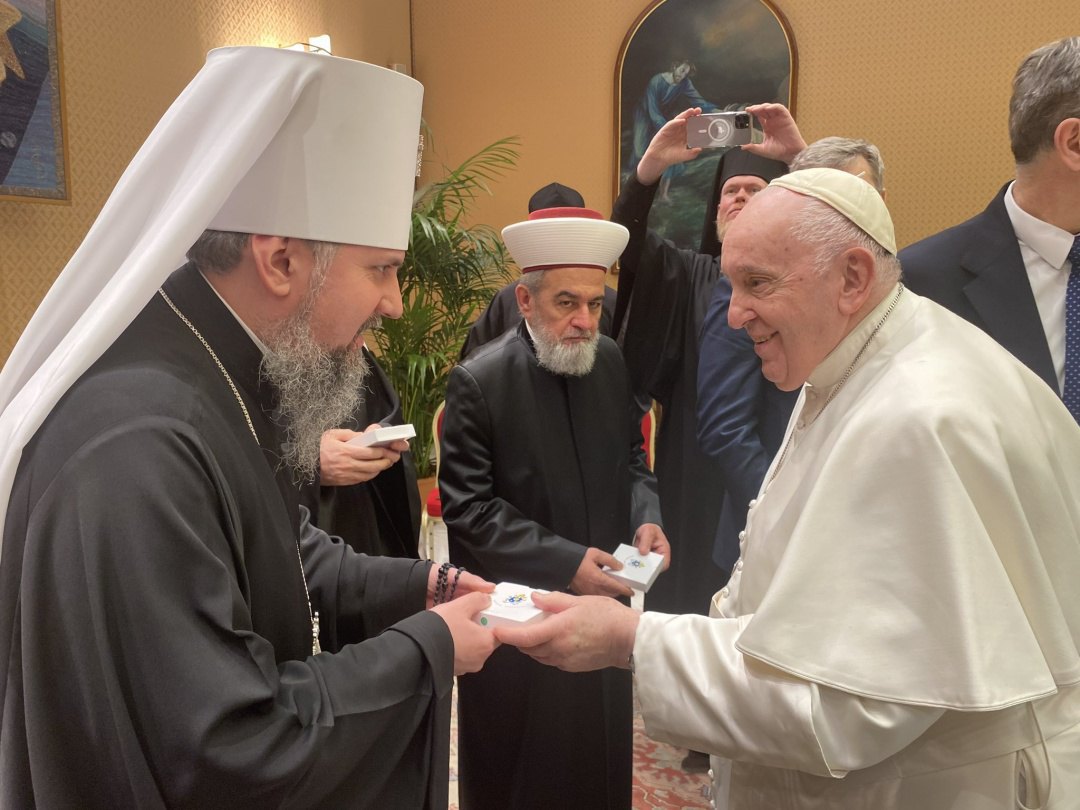 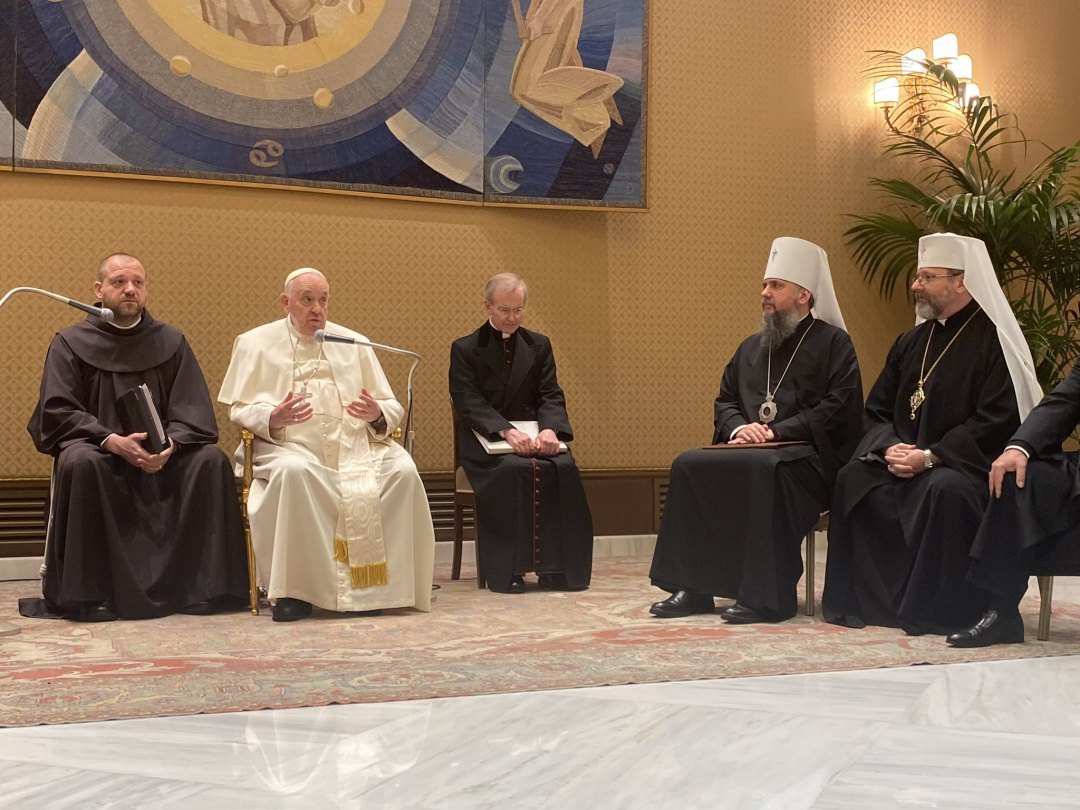 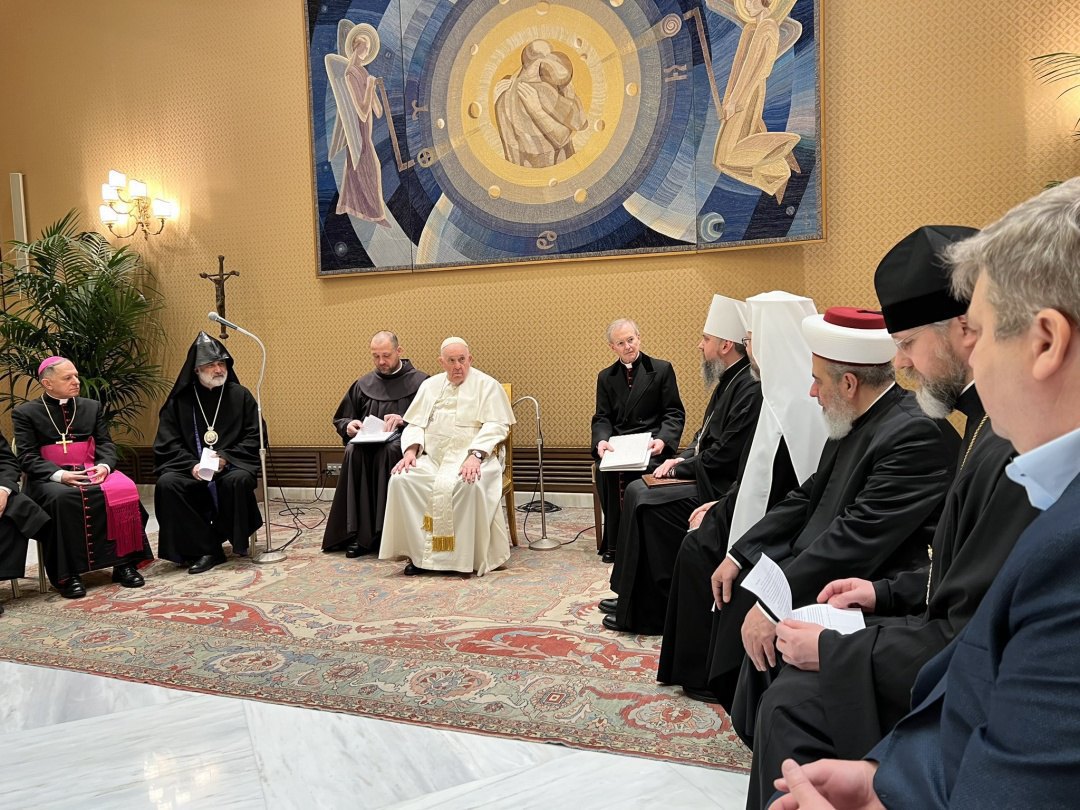 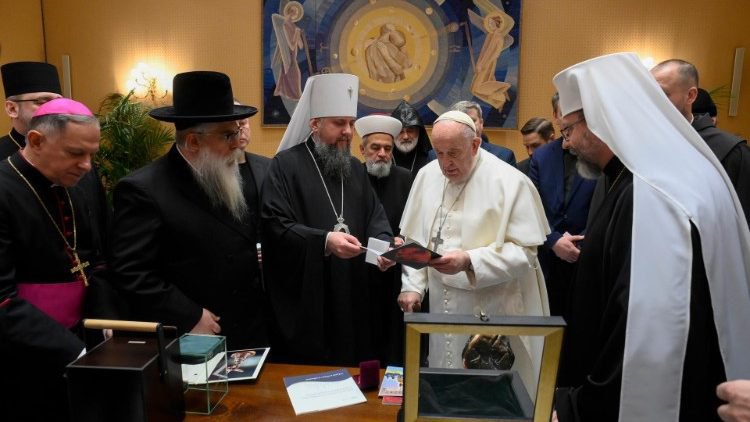 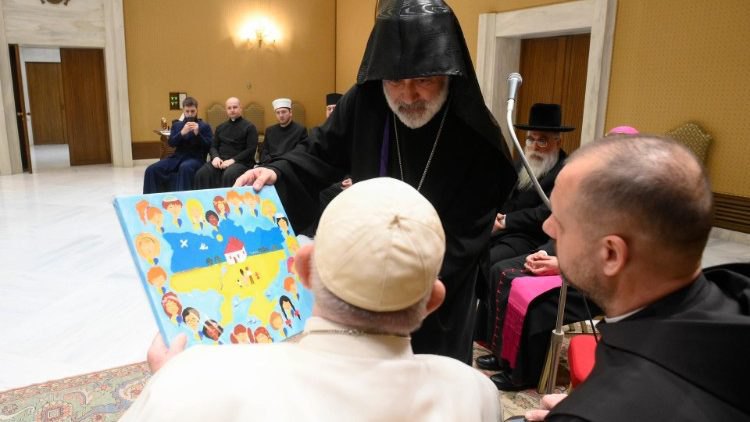 Metropolitan Epifaniy is on his first official visit to Rome. The head of the Orthodox Church of Ukraine will meet with Pope Francis.