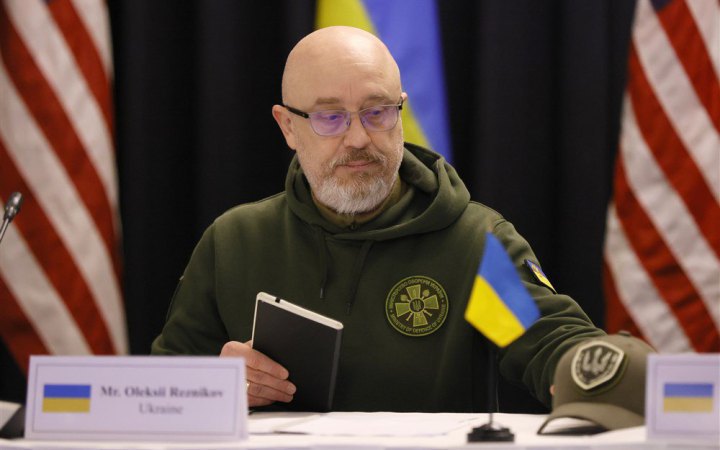 Defence Minister Oleksiy Reznikov has suggested the Armed Forces should introduce a unified catering menu system. It will be based on units of measurement (grams/pieces) and calories. In his opinion, such a system will help reduce the number of abuses.

"I informed MPs about the agreements with suppliers and the errors in these documents that were found at the end of December. As a result, a detailed audit was launched, and the agreements in question were not registered with the State Treasury. Thus, the legal procedure concerning them was suspended. At the same time, the head of the relevant department, Bohdan Khmelnytskyy, was suspended at the end of December and dismissed from the Ministry of Defence in January," Reznikov said on Facebook.

According to him, the Defence Ministry has ordered an expert examination with the specialized state institute under the Ministry of Justice to clarify certain price parameters in the agreements. The revised agreements are to be registered with the State Treasury this week.

"The system introduced in 2016 was a kind of revolution that allowed us to put an end to the Soviet food practice in the Armed Forces. I remember this Soviet food system from my time in the army. Now, the catalog system offers a choice of 409 items, from which military unit commanders formulate a ration for soldiers with an energy value of 3,500 calories per day. This is both a step forward and a new risk. After all, there are seven items of chicken alone in the catalog, which implies different prices. This system generally works, and there are few complaints about the quality of food, except for the lack of some exotic fruits. On the contrary, there are many positive reviews. But this is too much discretion, in which criminals are looking for loopholes. We have to close them," the minister explained.

According to him, while in 2021 the multibillion-dollar food market for the Armed Forces was controlled by one company, in 2022 there were already six suppliers. In 2023, out of 14 companies with which negotiations were held, contracts were signed with eight.

"A new task is to create rules that are designed to exclude the possibility of collusion and abuse on the ground between business representatives and military unit procurement officers. For example, the SBI recently uncovered a case where a supplier's representative and a food officer stole food. I see the solution in introducing a flexible but unified menu system in the Armed Forces. It will be based not on money and calories, but on units of measurement (grams/piece) and calories. This is a common approach in NATO," the minister said.

At a meeting of the parliamentary anti-corruption committee, he made a commitment to introduce the new menu within 4-5 months. This task has been identified as a priority.

The head of the parliamentary committee on anti-corruption policy, Anastasiya Radina, said she had not yet seen the corrected prices for food for the military.

"The issue has not been resolved. The contract with overpriced food published by the journalist still exists. The minister of defence told us that no payments were made under this document because 'errors' were found in it and it was not registered with the Treasury. The errors are still being corrected. Accordingly, my colleagues from the anti-corruption committee and I have not yet seen the corrected prices for food for the military for 2023," Radina wrote.

According to her, Reznikov said that the military was being fed under contracts signed last year. These documents were not presented to the committee.

"So far, we have not seen the prices for the products that our military are being fed with," Radina added.

On 21 January, journalists published reports that the Ministry of Defence allegedly buys food for the military at two to three times the price of food in Kyiv stores.

Defence Minister Oleksiy Reznikov explained the pricing and emphasized that the Ministry of Defence purchases a comprehensive catering service. That is, the delivery of a certain set of products to military units, and in some cases, cooking.

The NABU reported that they are checking information about possible abuses. And President Volodymyr Zelenskyy promised to look into procurement for the military.