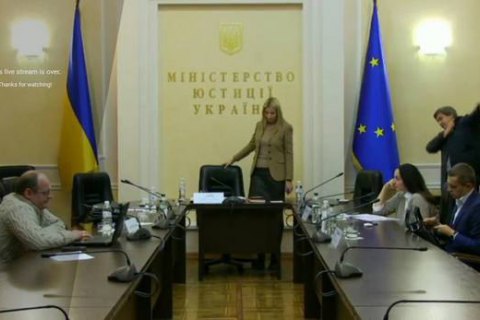 The establishment of the membership of the National Agency for Corruption Prevention has reached deadlock again, despite the work of this Agency being a condition for visa-free regime.

According to the message on Facebook by the member of the Commission on the Corruption Prevention Agency establishment, head of Transparency International Ukraine, Andriy Marusov, the establishment of the competent agency is under the threat of failure.

He says that the contest commission is to affirm two candidates into the Corruption Prevention Agency membership till Wednesday, so that the Cabinet of Ministers could appoint them at its session and launch the work of this body.

Nevertheless, on Monday, members of the contest commission quarreled due to the candidacy of the former Justice Deputy Minister, member of the RPR corruption prevention group, Ruslan Ryaboshapka.

Representatives of public organizations insist on him being elected and members of the contest commission from the Cabinet of Minister are categorically against.

The session of the Commission on Corruption Prevention Agency has announced a break till 6:00 pm, 15 March.

The Agency needs at least three out of five members to function.

Although, the government has been unable to create such an agency for a year already – every time, election of its members is accompanied by scandals.