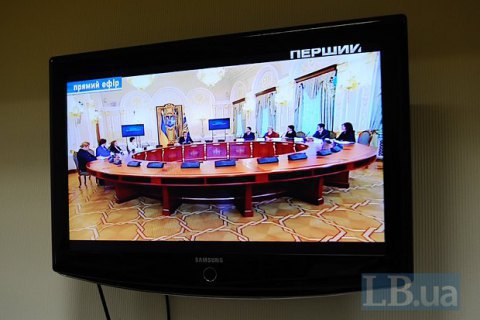 The overwhelming majority of Ukrainians learn about developments in the country from TV, as revealed by an opinion poll carried out by Gorshenin Institute on 8-17 February.

The respondents were offered to choose up to three main sources of information they use. The following results were obtained:

- communication with relatives and friends, 31.9 per cent

Overall the sample, based on the key social and demographic characteristics of the Ukrainian population, included 2,000 respondents aged 18 and above from all regions of Ukraine (excluding the occupied territories of Crimea, Donetsk and Luhansk regions). The quotas included an area of residence, gender and age of respondents. The margin of error does not exceed +/-2.2 per cent.