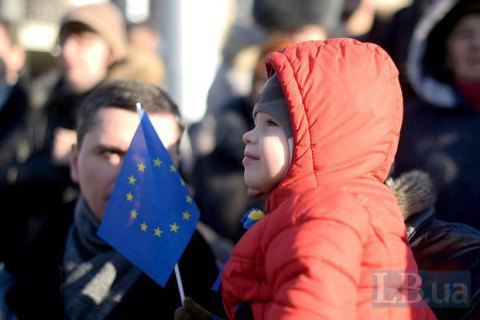 The entry of Ukraine into the European Union is supported by 55 per cent of Ukrainians and 47 per cent are willing to become NATO members, which is evident from the survey carried out by Gorshenin Institute in mid February. Its results were published on Friday, 11 March 2016. 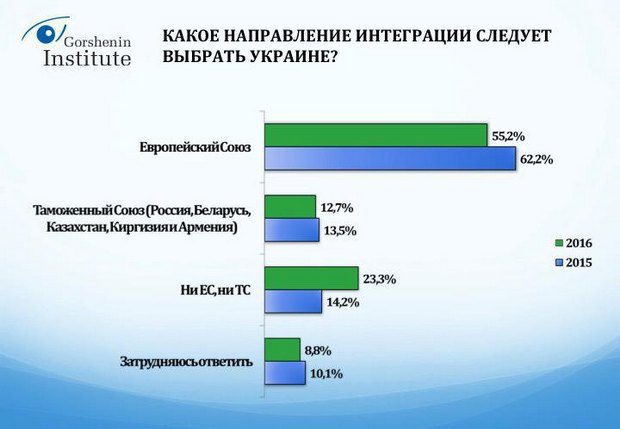 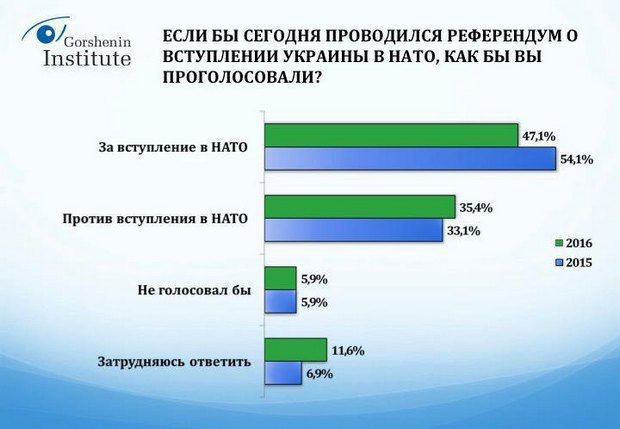 Compared with the last year, the number of NATO membership supporters has also decreased.

The survey was carried out from 8 to 17 February. The total number of the respondents comprised 2000 people living in all regions of Ukraine (excluding the population in the occupied territories of Crimea, Donetsk and Luhansk regions). The quotas included an area of residence, gender and age of respondents. The margin of error does not exceed +/-2.2 per cent.