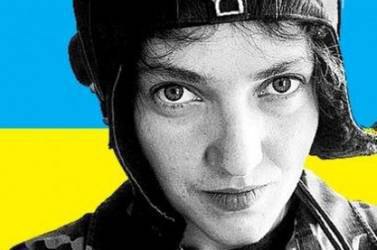 Over 2 thousand people including prominent artists, politicians and intellectuals from various countries have signed an open letter to the European leaders appealing assistance in releasing Ukrainian Nadiya Savchenko.

"We appeal to you to take emergency measures on the immediate and absolute release of 34-year-old Nadiya Savchenko, the Ukrainian citizen kidnapped and imprisoned in the Russian Federation for more than 20 months. The Russian authorities have made a mockery of the civil law, international law and their own Constitution," the petition says

The letter notes that the Russian Federation demonstrates contempt to the international society, as well as the Minsk protocol. "So far, all the efforts of the international society have proven fruitless. On 4 March, as a sign of protest against the proceedings in the Russian court, Nadiya Savchenko declared the full hunger strike refusing even water. Our attempt to save her life will test the effectiveness of international diplomacy and our commitment to European values", the letter says.

As of 7 March, the petition was signed by over 2,000 people, including about 270 prominent public figures (writers, professors, politicians, philosophers, artists, Nobel Prize laureates) from 20 countries of the world.

The initiative was launched by a group of Polish and Ukrainian intellectuals.