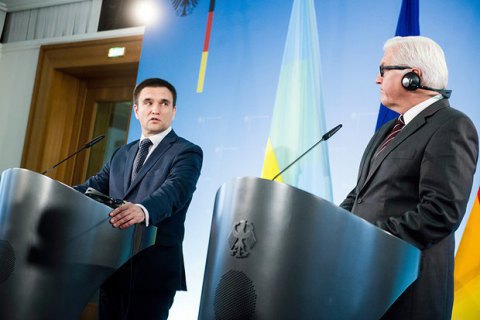 "Priority given to the issues of security, restoration of control over the border, withdrawal of foreign troops and weapons is correct, state-minded and, as Gorshenin Institute's surveys have shown, supported by the majority of the Ukrainian public," he said. "It is indicative that amid the European partners' continued demands to implement the political section of the Minsk agreements, the specific steps taken by the USA and the EU show that they are loyal to Ukraine's position."

In his words, it is noteworthy that the demand to ensure a special status for the occupied territories has been dropped off the Normandy Four agenda.

"The main political demand is to hold elections in certain areas of Donetsk and Luhansk regions. However Ukraine's position here is quite protected: elections should be held under the OSCE monitoring and in line with its standards. The sides are not able to ensure this at the moment," he said.

As reported earlier, the foreign ministers of the so-called Normandy Four format, including Germany, France, Ukraine and Russia, failed to work out a unified position on Donbas elections.