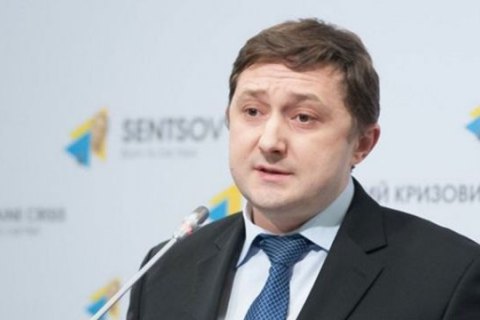 The Security Service of Ukraine (SBU) has disclosed the identity of the Russian supervisor of the Azov-Crimea civil corps chief, Stanyslav Krasnov. The head of the SBU apparatus, Oleksandr Tkachuk, said at a briefing on 3 March that it was Konstantin Goloskokov. The SBU also uploaded on YouTube three audio recordings of conversations between Krasnov and Goloskokov. However these are three bites of the clip released earlier by the special service, however now they are signed and captioned.

Goloskokov is captioned as "so-called 'commissar' of the Russian youth democratic 'anti-Fascist' movement Nashi, a career officer of the Russian special service (Main Intelligence Directorate of the Russian Armed Forces' General Staff). He was involved in organizing and implementing sabotage acts in Ukraine in 2013-14".

Krasnov is captioned as an agent of the Russian special services, Udot. They are said to have been in contact at least since 2013.

As reported earlier, on 28 February, the Security Service of Ukraine (SBU) detained the leader of the Azov-Crimea civil corps, OUN battalion fighter and participant of the Crimea blockade, Stanyslav Krasnov. He is suspected of storing weapons and explosives. SBU representative Oleksandr Tkachuk said that Krasnov had been recruited by Russia and that he was detained when he was planting 42 kg of explosives into a cache.

He was released in the early hours of 2 March when his three-day detention expired. On 3 March, he was served a notice of suspicion of terrorism and state treason. Krasnov allegedly lost consciousness and was rushed away by his supporters.

The court is yet to define a measure of restraint for him.