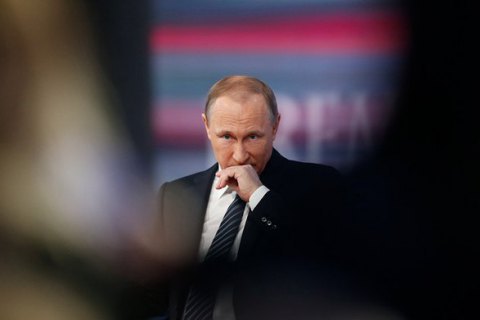 Deputies of the European Parliament have appealed to the Head of the European diplomacy, Federica Mogherini, to impose personal sanctions against Russian President Vladimir Putin and others involved in Nadiya Savchenko’s case.

The letter provides the list of Russian citizens and separatists of Donbas who, according to the Parliament members, are responsible for the political decision to kidnap Savchenko, trasnport her to the territory of Russia, detain her unlawfully and fabricate charges against her.

The letter notes that personal sanctions against Russian president and other officials is to comprise restriction of entry into the EU, blocking their access to bank accounts and seizing of their property if that exists in the EU territory.

The press release of the European Parliament faction "Alliance of Liberals and Democrats for Europe" (ALDE) referred to by Deutsche Welle, indicates that the list was created basing on the advice of Nadiya Savchenko's lawyer, as well as representatives of NGO and human rights community. The document addressed to Mogherini was signed by 57 members of the European Parliament from five factions.