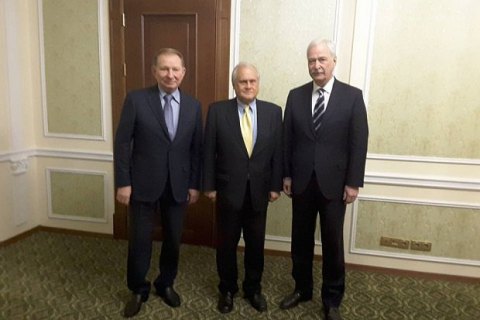 The session of the Trilateral Contact Group that took place in Minsk is over. Within the framework of the meeting, there were delivered reports of coordinators of working groups on security and economy.

Once again, the Ukrainian side raised a question on release of Ukrainian hostages and to allow specialists from the International Committee of Red Cross to examine them. So far, the Red Cross representatives have not seen the servicemen and civilians to be illegally detained in the occupied territory of Donbas.

"The most critical question was the release of our pilot Nadiya Savchenko – this is an integral part of the Minsk agreements. Special Representative of the OSCE Chairperson-in-Office Martin Sajdik also emphasized that point,"Olifer remarked.

Experts of the OSCE mission also recorded live-fire exercises in the part of Donbas not controlled by Ukraine.

"Such exercises are a direct violation of the reached last week agreements on withdrawal of firing exercises along the contact line," the message says.