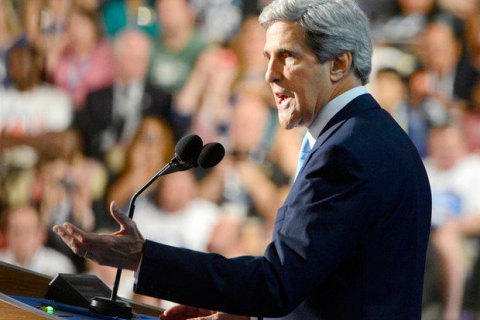 US Secretary of State John Kerry stated on Sunday, 13 March, that the sanctions against Russia would not be withdrawn until full implementation of the Minsk agreements, Interfax-Ukraine news agency reports.

"Russia should make a choice between further action of sanctions which have destructive character for her economy, or implementation in full of obligations under the Minsk agreements," Kerry declared in Paris where her met European diplomats.

The meeting’s agenda included issues related to the situation in Syria, Yemen, Libya and Ukraine.

As noted before, Russian President Vladimir Putin finds the connection of sanctions against the Russian Federation to the Minsk agreements to be "pointless."