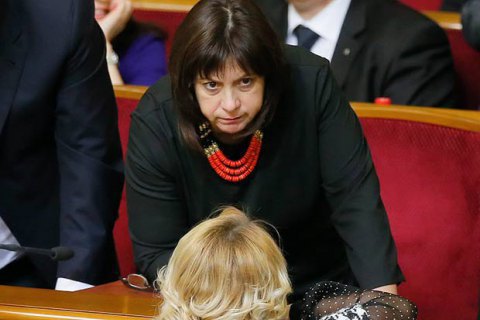 "There are three scenarios: a technocratic government (headed by Jaresko), if all pro-European factions close ranks around a technocratic government; a political government (for example, headed by Sadovyy) called, much as the previous one, to speed up reforms; if the parliamentary forces have other candidates in mind, they should nominate them and find 226 votes in the Supreme Council [parliament]. The president is ready to cooperate with any candidate put forward by the coalition," Tseholko said on Facebook.

Yuriy Lutsenko, leader of the president's Petro Poroshenko Bloc, said on the parliament agenda-setting council on 14 March that his force would support a technocratic government.

Presidential envoy Stepan Kubiv said that an opportunity to partially reset the Cabinet of Ministers had been missed therefore a new government should be set up as soon as possible.