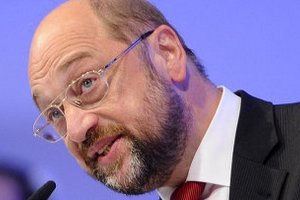 European Parliament President Martin Schulz, speaking about the received from Ukrainian President Petro Poroshenko list of people who had fabricated the case against the Ukrainian pilot and MP, Nadiya Savchenko, stated that Russian President Vladimir Putin was unlikely to be declared persona non grata in the European Union.

As reported before, Ukraine had been coordinating the preparation of the sanction "Savchenko list" with the European Union and the USA