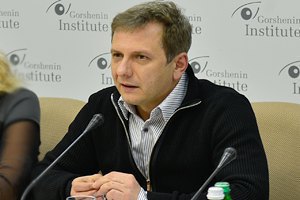 The opponents of the EU-Ukraine association agreement are most likely to win the Dutch referendum on the EU-Ukraine association agreement scheduled for 6 April, Oleh Ustenko, executive director at the Bleyzer Foundation, has said at the roundtable entitled "Is the Dutch referendum an attempt to stop Ukraine's European integration?" organized by Gorshenin Institute.

He outlined three possible ways in which he thinks the situation can develop.

In his opinion, the first scenario is least probable while the third scenario is most likely "not because there is something wrong about Ukraine but because they have their own views and do not understand what they vote for".

He added that if the referendum failed, it would be a bigger problem for the EU than for Ukraine because Brussels would have to build relations with eurosceptics.