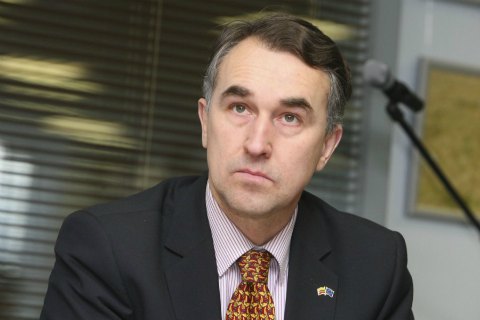 The only way one can influence current Russia's leadership and judiciary is to put them on sanctions, a member of the European Parliament, Petras Austrevicius, has said during an expert survey by Gorshenin Institute.

He added that it was a moral obligation of the EU to defend Nadiya Savchenko.

"Reality is, however, that there is another side, Russian government, which decided – and did that at the very top level – to make its kind of 'show trial'. Putin is certainly not pleased to see Nadiya Savchenko becoming a symbol of Ukraine’s fight for freedom and dignity, and now he apparently decided to humiliate her," he said.

At the same time, Austrevicius pointed out that the EU has probably more powers to free Nadiya Savchenko than Ukraine does.

"With this in mind, I initiated the public appeal of the members of the European Parliament to Madam Mogherini and EU Foreign Affairs Council asking for introduction of sanctions against those who are in the 'Savchenko list'. I believe, it is a moral obligation of EU to defend Nadiya and the only way one can influence current Russia's leadership and judiciary is to put them on sanctions. These persons have to be deprived of privilege of travelling to Europe or using our banking systems for their dirty and corrupt money. Nadiya Savchenko’s case is a true reflection of how criminal and corrupt Russia's leadership and judiciary have become over the last years. So, if this has happened because of Putin, why he must not appear on the sanctions list himself?"

The leader of the Green Party, MEP Rebecca Harms, suggested that new sanctions were unlikely as some of the EU member states are not happy even with the existing targeted and economic sanctions with which the EU slapped Russia over the annexation of Crimea and the war in Donbas.