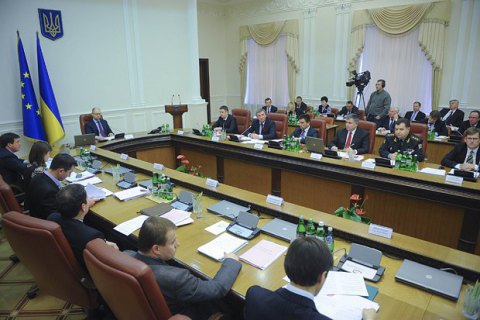 The Ukrainian government has endorsed Ruslan Ryaboshapka and Ruslan Radetskyy as members of the National Agency for Prevention of Corruption at its second meeting on 17 March.

Youth and Sports Minister Ihor Zhdanov and Interior Minister Arsen Avakov objected to Ryaboshapka's appointment because of his involvement in ex-Prime Minister Mykola Azarov's government and a scandal in the Justice Ministry.

However, the decision was taken and Deputy Justice Minister Natalya Sevastyanova said that the agency could now get to work.

The agency tasked with verifying public servants' income statements now includes four members, with the fifth one expected to be elected next week.

The launch of the anticorruption agency was among the EU conditions to lifting visas for Ukrainians.