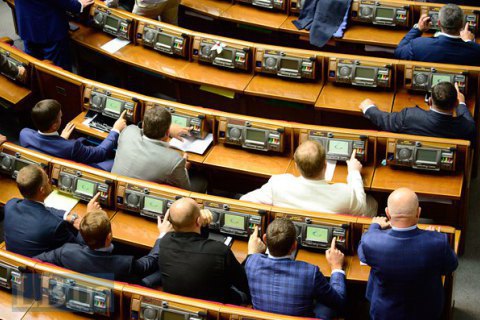 Parliament has adopted, with 228 votes for, at first reading bill No 4057 authorizing the confiscation of property of suspects in crime or those who avoid investigation.

Speaker Volodymyr Hroysman said an ad hoc group including European experts would be set up to rework the bill.

Among the compromise amendments introduced to the bill on 17 March is the clause saying that confiscation is applied if a suspect has avoided investigation for six months.

Prime Minister Arseniy Yatsenyuk repeatedly insisted on passing the bill as, in his words, the assets of ex-President Viktor Yanukovych and his entourage worth 1.5bn dollars which were impounded in Ukraine have to be confiscated and handed over to the budget.