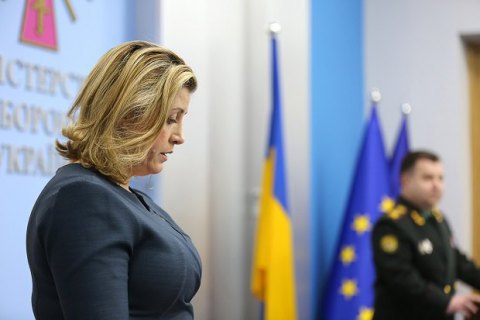 Ukrainian Defence Minister Stepan Poltorak and Minister of State for the Armed Forces at the UK Ministry of Defence Penny Mordaunt have signed a memorandum on cooperation in defence, the ministry's press service reports.

"Under the conditions of the continuing aggression of the Russian Federation, the assistance of the UK is one of the key elements of counteraction to the aggressor and a successful reform of the Ukrainian Armed Forces in achieving the NATO standards," Poltorak emphasized.

Mordaunt said that the UK had made a decision to double assistance to the Ukrainian Defence Ministry.

According to her, the UK provided and will provide comprehensive assistance to the Ukrainian Defence Ministry. One of the elements of such assistance is the participation in training of servicemen of the Ukrainian Armed Forces.

"Great Britain has made a decision to double its assistance. Moreover, we will continue to provide advisory assistance. This is also stipulated and in today's defence memorandum, which opens a number of new opportunities, new projects for us," she said, adding that her country was ready to help Ukraine both in the near future and in the long run.