About 300 people are holding a mass meeting near the presidential administration demanding the resignation of Prosecutor-General Viktor Shokin, LB.ua correspondent reports on-the-spot. 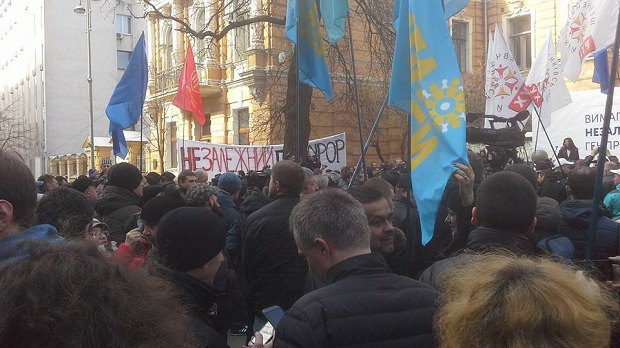 As reported before, tomorrow on 29 March, the Verkhovna Rada is to consider Shokin’s resignation at the morning meeting. As the main military prosecutor, Anatoliy Matios, stated there was already a candidate for the head of the Prosecutor General’s Office. He says that it will be a person with a "Ukrainian surname." Although, Matios did not say who exactly this person is.

Shokin wrote a report on resignation in mid-February at the President’s request.