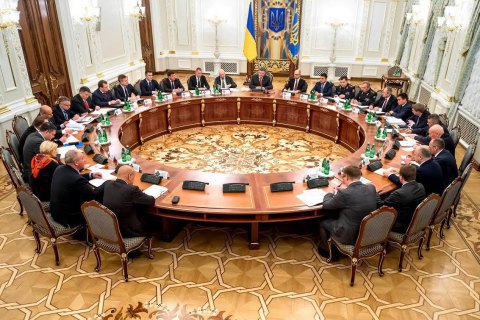 The National Security and Defence Council of Ukraine will meet on 25 March to approve sanctions on individuals involved in the trial of Nadiya Savchenko in Russia, Interfax-Ukraine has quoted its source as saying.

The meeting is scheduled to be held behind closed doors in the evening.

As reported earlier, on 23 March, the government adopted the so-called "Savchenko list" and sent it to the National Security and Defence Council for approval. It describes proposed sanctions against individuals involved in her trial. The list has not been published yet.

After Russia sentenced Ukrainian MP and pilot Nadiya Savchenko to 22 years in prison on trumped up charges, President Petro Poroshenko announced the introduction of sanctions against people involved in her persecution. Ukraine asked the West to follow the suit. The list of 46 people handed over to the EU was leaked online earlier. It includes the head of the Investigation Committee of the Russian Federation, Aleksandr Bastrykin, director of the Federal Security Service (FSB) Aleksandrt Bortnik, the head of the Main Investigation Service of the Investigation Committee of the Russian Federation, Aleksandr Shchukin, a deputy prosecutor-general of the Russian Federation, Viktor Grin, judges, investigators and prosecutors. Russian President Vladimir Putin is not on the list.