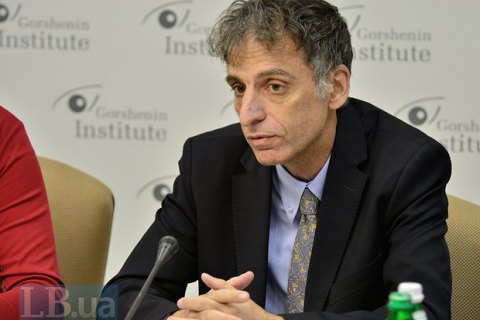 Israel's ambassador to Ukraine, Eli Belotsercovsky, has said that Europe is at war with terror.

He was speaking at the roundtable entitled "Consequences of the Brussels terror attacks for Europe and Ukraine" at the Gorshenin Institute think-tank.

"The goal of this terror is to plant its extremist views and maybe even religious ideas on the Western world and the Western civilization. Europe should change its state of mind, it must realize that we are at war. No efforts must be spared to establish institutions which would facilitate the fight against this bane of terror," the ambassador said.

He noted that Israel has extensive experience of such fight.

"It started on the day the State of Israel was founded," he said.

As a result of the terror attacks in Brussels on 22 March, 32 people were killed and around 270 wounded. The terrorist group Islamic State claimed responsibility for the attacks.