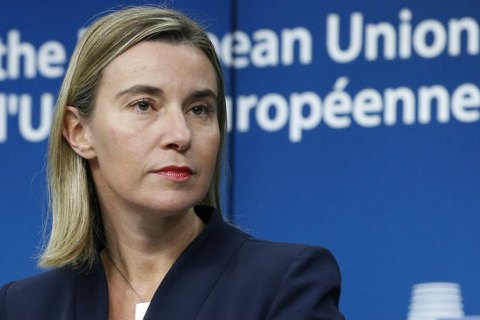 The High Representative of the European Union, Federica Mogherini, has called for immediate and unconditional release of the Ukrainian, Nadiya Savchenko.

"Despite many calls, Ukrainian pilot Nadiya Savchenko was sentenced yesterday. We continue to add our voices to the many others worldwide calling on the Russian authorities to immediately and unconditionally release Nadiya Savchenko, on humanitarian grounds, and in keeping with the "Package of measures for the implementation of the Minsk agreements" and the commitment therein to release all hostages and detained persons related to the conflict in eastern Ukraine," the statement says.

This is also the case for all the other Ukrainian citizens illegally detained in Russia, including Oleh Sentsov and Oleksandr Kolchenko, that need to be guaranteed a safe return to Ukraine.

As reported before, on 22 March, the Donetsk city court in Russia's Rostov Region sentenced Nadiya Savchenko to 22 years in a penal colony, having pronounced her guilty of murder, attempted murder and illegal crossing of the border into Russia.

The trial of Nadiya Savchenko started in mid-2015. According to the case files, as a member of the voluntary battalion Aydar, she adjusted artillery fire on 17 June 2014 as a result of which the employees of the All-Russia State Television and Radio Broadcasting Company (VGTRK), Igor Kornelyuk and Anton Voloshin, were killed. Russian investigators say she then illegally crossed the border into Russia where she was arrested. According to her defence, Savchenko had been taken prisoner by militants of the self-proclaimed Luhansk People’s Republic before the shelling, during which Kornelyuk and Voloshin were killed, and she was illegally brought to Russia, where a case against her was fabricated.