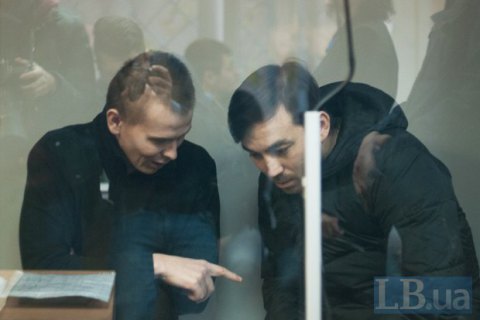 Kiev's Holosiyivskyy district court has extended the arrest of two officers of the Main Intelligence Department of the Russian Armed Forces' General Staff, Yevgeniy Yerofeyev and Aleksandr Aleksandrov, until 19 May, Interfax-Ukraine has said.

Yerofeyev's lawyer Oksana Sokolovska insisted that they should be released on house arrest.

The next court hearing is scheduled for 5 April. Aleksandrov's newly-assigned lawyer Valentyn Rybyn requested time until 11 April to study the case files however the court told him to work faster.

The court also decided to attach security to lawyer Sokolovska on concerns of "risk to her life and health".

Russian special troops Yerofeyev and Aleksandrov were detained in Luhansk Region on 16 May 2015. During their detention, they or their accomplice killed a Ukrainian serviceman. The Prosecutor-General's Office of Ukraine suspects the of terrorism, illegal border crossing, arms storage and waging of war.