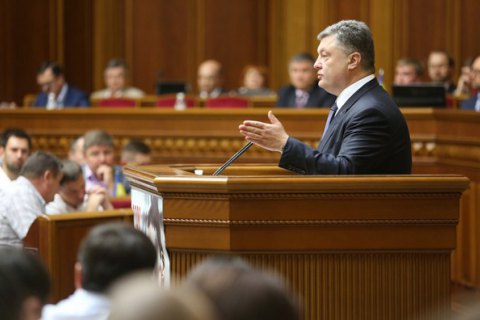 President Petro Poroshenko has said he is ready to support any candidate for prime minister nominated by the parliamentary coalition.

Speaking at the Kharkiv National Interior Ministry, he said that under the 2004 constitution currently in effect, he is not responsible for appointing the prime minister.

He said that a new government should have been formed by 29 March.

Arseniy Yatsenyuk's lost parliament support and has been hanging in the air since mid-February.

As reported earlier, Finance Minister Natalie Jaresko said he was ready to chair a technocratic government on certain conditions. Parliament speaker Volodymyr Hroysman is also being considered for the post.