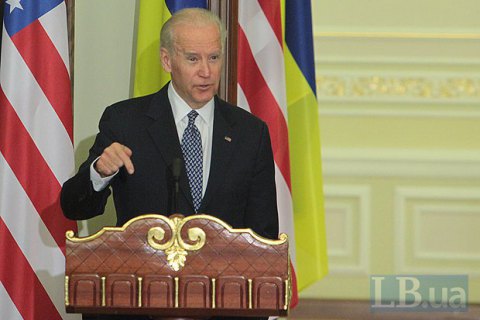 Ukrainian President Petro Poroshenko had a telephone conversation with US Vice-President Joseph Biden on Tuesday, the president’s press service has said.

The sides strongly condemned the verdict in Nadiya Savchenko’s case and coordinated their positions to ensure that she returns to Ukraine as soon as possible.

"The US vice-president assured me that respective signals on immediate release of Savchenko will be communicated to the Russian side in the course of the coming visit to Moscow of the US secretary of state," the statement reads.

The president drew Biden's attention to the so-called "Savchenko list" drafted by Ukraine, which includes persons involved in trumping up a case against her.

Biden reportedly "supported the efforts of the Ukrainian president on immediate settlement of political crisis on the basis of formation of a pro-European reform-oriented government".

They also touched upon the situation in Donbas and the terror attacks in Brussels.

As reported earlier, Finance Minister Natalie Jaresko said that she was ready to form a technocratic government.