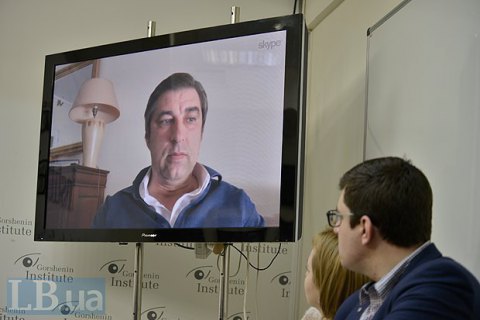 The wave of terrorism in Europe will sooner or later cease and be gone the way epidemics go, the president of the Gorshenin Institute think-tank, Vadym Omelchenko, has said at the roundtable entitled "Consequences of the Brussels terror attacks for Europe and Ukraine".

"European authorities do not want to believe that there is an emergency situation.. We are at war but there is no understanding of this, nothing more than words at least. Wars are not fought by bureaucracy, wars are not fought by officials. In the meantime, Europe is under control of officials. The main product of bureaucracy is procedures. They [Europe] are going to introduce more and more new procedures," he said, speaking on a video link from France.

He added that as far as the ideology of terror is concerned, the one on the agenda is nihilism.

"All waves of terror (in Russia, in Europe in the 1950s) go in tides. They come from somewhere and go somewhere... Terror attacks are carried out by people with nihilistic views... They reject life as such," he said.

"Terrorists live with this, their life is all about desire to commit terror 24 hours a day. Unfortunately, so far one cannot see people who are ready to live a life of fight against this in the European civilization," he added.